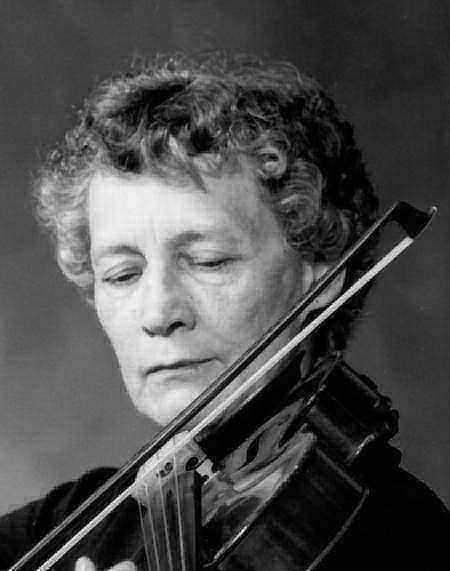 Zona Mae (Campbell) Miller passed away May 26, 2009, at Villa Pueblo Senior Community. Born in Rocky Ford, Colorado on June 30, 1920, she received an associates degree from Pueblo Junior College and a BA in Music from Colorado College in 1943. In 1955, she married Robert Miller and they spent many happy years traveling and enjoying the outdoors together until his passing in 2005. In addition to her two sons, Rick and Tim, she also raised her nephew, Donald Campbell (later chief district judge of El Paso County) and niece, Joyce Dabbs. Zona's life revolved around music of which she was a dedicated teacher and promoter. She studied voice and performed in New York City before returning to Colorado and studying under Rafaello Cavallo who organized several of Colorado's orchestras. Zona helped found the revitalized Pueblo Civic Symphony and was principal violist with the Pueblo Symphony for over 50 years. She also played in the Colorado Springs Symphony, Central City Opera Orchestra, Red Rocks Orchestra, Rainbow Strings, and countless other musical groups as well as directed the choir and bell choir at St. Paul United Methodist church and a Slavic tamburitsa folk orchestra. In addition to teaching music to private students for most of her life, she also taught at Swink High School and for 12 years at Somerlid elementary school. She co-owned and managed the Bookery bookstore in Pueblo and was a longtime member and one-time president of the AU chapter of P.E.O, a woman's philanthropic and educational association. Zona's inspiration and enthusiasm for life will be remembered by all who knew her. She is survived by her two sons; her brother, James Campbell of San Diego; and nephews, Fred and Mike McMillan of Pueblo, Larry McMillan of Aurora and Donald Campbell of Colorado Springs. There will be no viewing. Cremation, Montgomery & Steward Crematorium. Service, 10 a.m. Saturday, June 6, 2009, at First United Methodist Church, 11th and Grand, with the Reverend Dr. Rick Calhoun officiating. Online condolences, MontgomerySteward.com