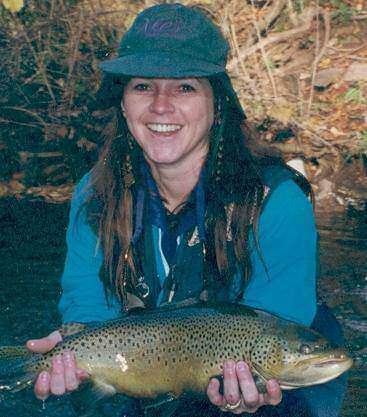 Zoe Lee Valentine died at her home in Pueblo West, Colorado on January 27, 2009, after a long illness. Zoe married Stewart Valentine in Pueblo, Colorado in 1991. A longtime Pueblo resident, she and her husband were proprietors of Valentine Taxidermy. They won many awards for excellence. Zoe loved hunting and fishing, once hiring a guide and tracking down a mountain lion with a compound bow. Zoe was born on March 11, 1960, in Wichita, Kansas, to Dixie Lee Scott Schmehr and Robert Lee Schmehr. She was the fourth of five children and the youngest daughter. She attended school at Hill City, Kansas, Dodge City Community College, and the University of Southern Colorado earning an associates degree. She is survived by her ex-husband Stewart; two stepchildren; two sisters; one brother; father; numerous relatives; and friends. Zoe was preceded in death by her mother; brother; and nephew. At her request, there will be no viewing. Family and friends will hold a memorial service at 2:00 PM, Tuesday, February 3rd, 2009, Montgomery & Steward Funeral Home, Pueblo, Colorado. Interment in Woodland Park Cemetery, Woodland Park, Colorado. Online condolences, MontgomerySteward.com