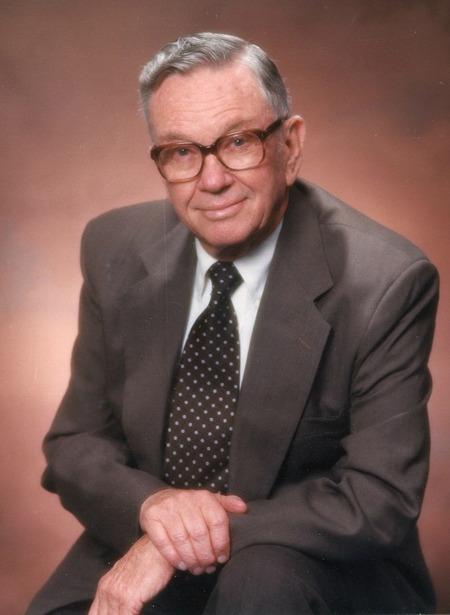 William Walter Chinn, widely known as Bill, born Jan. 15, 1927, in Pueblo, died Sept. 11, 2013, in Pueblo after several years of struggle with Alzheimer's. Predeceased by his parents, Faye and Helen Chinn; his younger brother, Robert; and 'special in-laws' Dawn and Harry Amick. Survived by his wife Jackie; sons, David (Darlene) of Issaquah, Wash., Douglas (Terri) of Albuquerque, and Richard (Patsy) of Albany, Ore.; granddaughters, Kathryn, Melissa, and Heidi; and great-grandchildren, Ephraim and Ilaria. Also survived by Bob's children, Susie, Julie and Steven; and distaff niece and nephew, Laura Wilhelm and Dean von Holdt. Bill, a 1944 Central High graduate, achieved the rank of Technical Sergeant while serving in the U.S. Army 1945-46, and graduated in 1949 from CU's School of Pharmacy. He held a pharmacy license for 60 years, and last filled a prescription in 2009. He was proud of his lifelong membership in the First Presbyterian Church, his 60 plus year membership in Steel City Kiwanis, and his 60 plus years of membership in The Craft. He was honored to serve as Master of Masonic Lodge #17 and very proud to receive the rank of 33 degree Mason in the Scottish Rite. August 15, 2013, marked his and Jackie's 60th anniversary. Bill was loyal to his family, friends, and the many longtime customers of his drugstore, which he took over upon Faye's death in 1956, and ran until 1982. His character shined brightest in the difficult 39 months following Bob Chinn's incapacitating accident in 1988. He always kept his word. He loved and supported his family who will miss him. In lieu of flowers, donations may be made to The Pueblo Community Health Center or The First Presbyterian Church through the funeral home. Funeral service, 2 p.m. Tuesday, Sept. 17, 2013, at First Presbyterian Church, 220 W. 10th St., with Rev. Dr. Brad Monroe officiating. Interment, Mountain View Cemetery. Online condolences, www.montgomerysteward.com