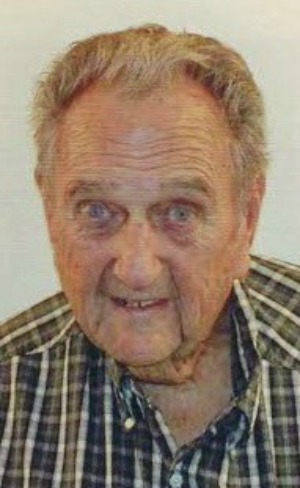 William Lee Jones (Bill) was born in Brownell, Kansas on October 1, 1935, tragically passed away July 11, 2019, at the age of 83. Survived by his loving and adoring wife, Barbara Alice Jones. They had a loving marriage and were best friends for 62 years. Barbara and Bill were inseparable through all those years and shared many loving memories. Bill is also survived by children, Debbie, Ron and Greg Jones; grandchildren, Leigh and Tyler Jones; nephew/nieces, John Ayers, Scott Sharp, Lorna Golden, Mitchel, Gary and Kenneth Jones, Karen Brawley. Sister, Mary Jones. Sisters-in-law, Margie Sharp and Barbara M Jones. Bill grew up in La Junta, Colo. with Robert Eberhart, his best friend of 75 years. Bill was a Licensed Electrician and Certified Safety Executive. He served as a Safety Director in Ft Carson, CO; Wurzburg, Germany and finally Albany, NY; retiring as a WG13 with the Army Civil Service. He and Barbara then moved to Syracuse as a Safety and Security Director at Onondoga Community College where he retired after 10 years to move back to Pueblo. Bill was honorably discharged from the US Army where he served in Korea after which he joined the Air Force Reserve. Bill retired after 30 years at a rank of Chief Master Sargent / E9. Bill was actively involved for many years with planning his LaJunta High School class reunions where he graduated in 1953. After many years of night-school, he graduated with a Civil Engineering Technology Bachelors Degree in 1980 from SCSC. Bill relished playing cards with his friends at the Eagles and Elks where he was a member. As a member of the Masons and Shriners he enjoyed going to the dinners at the Shrine Club. He also enjoyed his garden, especially the tomatoes. Bill was a loving husband, father and freind to many and was always willing to help those in need. He will be truly missed by all that knew him. Services will be held on Wed. 7/17/2019 at 10 a.m. at Montgomery & Steward Funeral Home, 1317 N Main St. Pueblo followed by Military Honors Services at Pikes Peak National Cemetery at 2 p.m. (per the VA, no late arrivals please). In lieu of flowers, please contribute to the Shriners Hospital, 2900 Rocky Point Dr., Tampa, FL 33607 or direct to a charity of your choice.