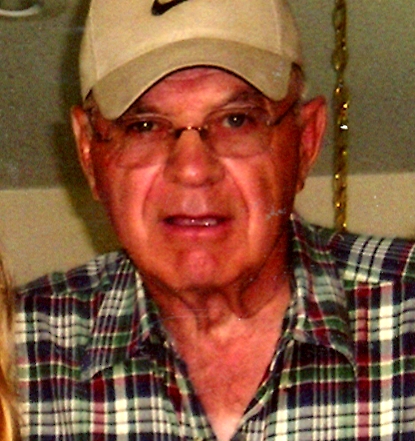 William 'Bill' Joseph Lacy, Sr., 86, passed away on Nov. 4, 2018, in Pueblo, Colo. He was born on April 6, 1932, in Crested Butte to Joseph Thomas and Mary (Pasic) Lacy. Bill's father, Joe, followed his father Juri Lesac, to Crested Butte from Eastern Europe. Upon Joe's arrival to the United States, the family name was changed by immigration at Ellis Island from 'Lesac' to 'Lacy.' Both Joe and Juri worked as miners and in the sawmill. Later, Joe and his wife Mary opened a small dairy farm on Maroon Avenue, and the family sold and delivered dairy products throughout the Crested Butte area. Growing up in Crested Butte, Bill enjoyed hunting, fishing, and horseback riding in the mountains in the summer, and playing basketball in the winter months. Bill worked extensively with his father on the land that Joe homesteaded, which is currently referred to as the 'Lacy Ranch.' Their work on the Ranch included putting up hay, clearing the fields of rock, and ultimately digging and developing the Verzuh-Young Bifano Ditch, consisting of 5-miles of water flow that irrigates the Lacy Ranch to-date. Bill also worked with many ranches in the Crested Butte area by putting up hay with teams of horses. Bill was an active contractor in the Crested Butte community. He brought the first rubber-tired, hydraulic backhoe into the county, which allowed him to help install many water and sewer lines in the Crested Butte area that are still in use today. Having the only rubber-tired backhoe in the county, Bill was contracted to dig the foundation for the first gondola at the Crested Butte Ski Area. He was also instrumental in building the first warming house, which was the first building established on the base area. Bill was an integral part in the development of Meridian Lake, where he built the first tennis courts in Crested Butte area. He also helped in the building of the Queen of All Saints Catholic Church, the chapel located at the Crested Butte Cemetery, and he ran for Gunnison County Commissioner. Bill had a great love for horses and built one of the first indoor arenas in Gunnison County. The arena is still treasured and used for cutting horse shows, music venues, and is the location for the Annual Adaptive Sports Center fundraiser. Later in life, Bill moved to Pueblo, Colo., to be closer to his sisters, where he continued to be involved in ranching, real estate and construction, where he worked with K.R. Swerdfeger, in the surrounding area. Bill is survived by his sister, Dorothy Vidic of Pueblo; his children, Mary Ruddy, Jean Lacy-Limoges, Bill (Catherine) Lacy, Tom Lacy, Mark (Suzy) Lacy and Margaret Anne Lacy; their mother, Catherine Anne Brennan Lacy; his youngest son, Michael Lacy and his mother, Gene Patterson; along with their children and grandchildren. Rosary, 9:30 a.m. Friday, Nov. 9, followed by Mass at Cathedral of the Sacred Heart, 414 W. 11th St. in Pueblo, Colo. Burial, noon Saturday, Nov. 10, Crested Butte Cemetery. Online condolences, www.montgomerysteward.com