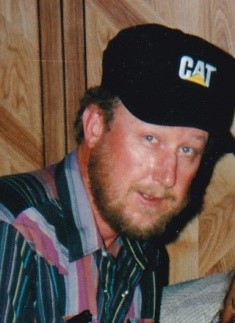 William Joseph Benesch, 63, also known as Bill, Billy Joe and Uncle Bill, passed away February 26, 2021 in Pueblo.  Survived by his brother, Bryan (Vanette “Sudzy”) Benesch of Penrose; nephews, James Peabody of Denver, Garrett (Sydney) Benesch of Westcliffe, and Clayton Benesch of Penrose; niece, Crystal (Mike) Pino of Pennsylvania; great nephew, Mikaile Williams; great niece, Remy Benesch; dear cousins, Terry (Marco) Valenzuela of Beulah;  and special friends, Shannon Steiner and Brad Patrick of Fountain and many relatives and friends. Preceded in death by his parents, Bill and Martha Benesch, and sister, Denise Blackburn of Pueblo.  Born July 15, 1957, he was raised on the Mesa where he was active in 4-H, FFA and local rodeos. He graduated from Pueblo County High School in 1975 and served in the Air Force as a guard in Montana. Later, he received an Associate’s Degree from Pueblo Community College.  For several years he worked at Candy’s Tortilla in Pueblo as a mechanic and later as a welder in Canon City.  An avid hunter and collector of knives and guns, Bill was truly the happiest when he was in the great outdoors. Cremation has taken place by Montgomery & Steward.  To honor the proud organ donor, a celebration of Bill’s life will be held at 1:00 p.m., Saturday, April 10, at the Penrose Pavilion in the Penrose Park, in Penrose, CO.