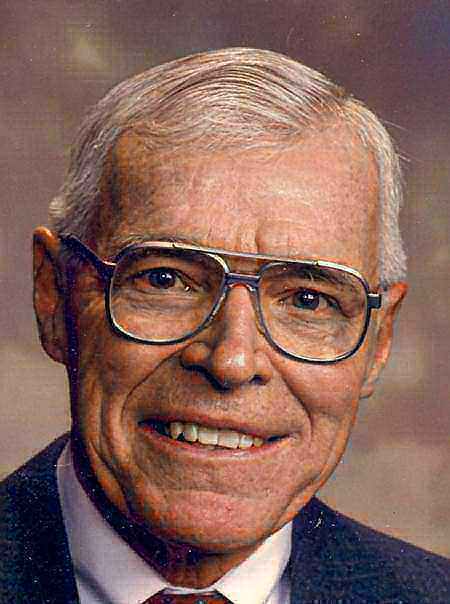 William Guy 'Hoppy' Hopkins, M.D., 87, passed away Aug. 8, 2010. Survived by his daughters, Gayle Louise (Steve Lamy) Hopkins, Sharon Ann White; son, Gregory Guy (Cindy) Hopkins; grandchildren, Rachel Louise White, Connor Guy Hopkins, and Brenna M. Hopkins. Preceded in death by his wife, Catherine Louise(Howland) 'Cay' Hopkins, whom he married on Dec. 17, 1945. Also preceded in death by his parents, Guy and Harriett Hopkins and his sister, Harriett Hopkins Angelea. Born June 26, 1923, in Pueblo and was a lifetime Pueblo resident. He attended Thatcher Elementary and Centennial High School and completed his pre-med at Colorado College. He then attended the University of Colorado Medical School, earning his medical degree in 1947. He completed his residency program in ophthalmology at the University of Chicago. He then served two years in the Army-Air Force Medical Corps and was stationed at the Maxwell Air Force Base in Alabama. He moved back to Pueblo in 1953 and began his medical practice with his father at the Pueblo Clinic. He retired from medicine in 1989. Member of the First United Methodist Church, YMCA and Pueblo Community Health Clinics. He enjoyed teaching bible study groups, volunteering at the soup kitchen and serving on medical missions with the Christian Medical Society. He loved fishing, tennis and especially his family. He was a gentle gentleman, who had a heart of gold and always put others first. The family would like to give special thanks to his wonderful care givers at the Wynwood of Pueblo Assisted Living Center, Independent Hearts/Home Instead and to Sangre de Cristo Hospice. There will be no viewing. Private interment. Memorial service, 2 p.m. Saturday, Aug. 14, 2010, at First United Methodist Church, 11th & Court St., with the Rev. Dr. Rick Calhoun officiating. The family respectfully requests the omission of food and flowers. Those who desire may make memorials to the First United Methodist Church, YMCA or Pueblo Community Health Clinic, c/o Montgomery & Steward Funeral Directors, 1317 N. Main St., Pueblo, CO 81003. In honor of Dr. Hopkins beloved St. Louis Cardinals and Centennial Bulldogs, everyone attending the service is requested to wear red. Online condolences, MontgomerySteward.com