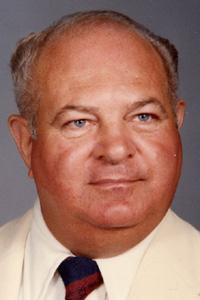 William G. 'Bill' Scales, 79, began an incredible journey July 20, 2004. His loving wife, Eleanor L. Scales, of the family home, survives him. He was a devoted father to William 'Wes' Scales of Las Vegas, Nev. and Lora (Gerald) Ure of Pueblo West, Colo. Also survived by his grandchildren, Rebecca Shaydak of Las Vegas, Nev., Jennie Shaydak and Eric Ure both of Pueblo, Colo. and Aaron Ure of Denver, Colo. Bill was born May 8, 1925, in Eagle Mills, Arkansas, the son of Edwin M. and Grace M. Scales. He was a World War II veteran, serving with a combat assault unit of Navy Seabees. He participated in landings on Guam, Luzon, and Leyte in the Philippines. While serving there, he was wounded and later awarded the Purple Heart, Bronze Star, and numerous other commendations. Following WWII, he graduated from the University of Arkansas and joined the U. S. Army as a Special Agent. He was an excellent linguist and was fluent in German, Hungarian, Spanish, and Russian. Bill retired with 22 years of military service and spent the next 28 years as a Senior Residential Appraiser in Pueblo. During that time he served as President of the Southern Colorado Chapter of the Society of Real Estate Appraisers. He currently was serving as trustee in the Military Order of the Purple Heart, and was a member of the Retired Military Officer's Association. He was a member of Westminster United Presbyterian Church for 37 years. Bill will be forever remembered for his imagination, his vast knowledge of the Civil War, his love of rabbits, and his joy with fireworks. The family thanks all those who assisted in his care at the following facilities: Parkview Medical Center, University Care Center, and Sangre de Cristo Hospice (Fuente de la Vida) unit. The care he received at each of these facilities was always exceptional and greatly appreciated. In lieu of flowers or food, donations may be made in Bill's honor to Westminster United Presbyterian Church, C/O Montgomery & Steward Funeral Directors, 1317 N. Main St., Pueblo, Colorado 81003. Private services for Bill will be held at a later date. Online condolences, www.montgomerysteward.com