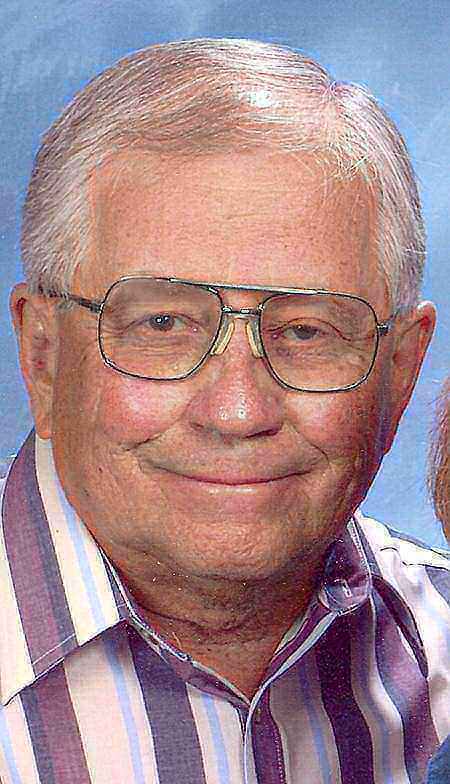 William Eugene Arnott peacefully passed from this world on July 20, 2008, in the loving company of family and friends. He was born August 28, 1937, at Mt. San Rafael Hospital in Trinidad, Colo. and was baptized in his grandmother's hospital room. His early years were in the farming community of Hoehne, Colo., where his Murphy grandparents had homesteaded. The family moved to Pueblo when he was six. He graduated from Pueblo Catholic High in December 1955, attended Pueblo Jr. College, and graduated from Western State College in December of 1959. He married Elaine Imblum that same month. He later earned a M.A. in education from Western State College at a time when he had six children. He was preceded in death by his parents, Mary Benedicta (Murphy) and William Alexander Arnott, and sons, George Eugene in 1982, and Joseph Paul in 2007. He and Elaine helped start the Pueblo Chapter of Compassionate Friends in 1982, and have since tried to provide comfort and information to families whose children have passed away. He is survived by his wife of 48 years, Elaine; children, Patrick (Guadalupe), Dennis (Shelly), Brian (Amy) Arnott and Laurie (Ed Krall); grandchildren, Leanna, Christopher, Bridget, Jonathan, Bryson Arnott and Elaina Krall; daughter-in-law, Tonya Shelton; sisters, Mary Pat (Allan) Kaletsky and Lynne Richardson; brother-in-law, Norman (Lila) Imblum; sister-in-law, La Quita Imblum. He is also survived by his 'second mother,' Aunt Charlotte Murphy, age 101; his 'second' brother, Bud Murphy; and sisters, Marion Dalvit, Marge Butler and Skip Simons; many nieces, nephews, beloved cousins and college buddies. His professional career as an educator was devoted to the families of District 70 in Pueblo County, both as a biology teacher and counselor at Vineland Middle School and Pueblo County High School. He also coached football and basketball at Vineland. He loved being around the young students and influenced many of them to further their education. He was proud of his former students who sold their produce at Farmer's Market. He was a beloved husband, father, brother, teacher, counselor and friend, and we will especially miss his favorite hobby, talking with family and friends. His grandchildren brought great joy to his life. He was a man who was at times slow to speak, but was full of wisdom when he did. He was active in Christ the King Parish community as a lector and helped train lectors for many years. Visitation, with the family present, from 2 to 4 p.m. Tuesday, Jul 22, 2008, in the Montgomery & Steward Chapel. The Vigil service will be held 7 p.m. Tuesday, Jul 22, 2008, and funeral mass will be at 10:30 a.m. Wednesday, July 23, 2008. Both services will be held at Christ the King Church, 1708 Horseshoe, with Msgr. Thomas Adrians, VG as Celebrant. Interment will follow at Roselawn Cemetery, in Pueblo. Funeral arrangements are being handled by Montgomery & Steward Funeral Directors. Online condolences can be made at www.montgomerysteward.com. In lieu of food or flowers, please send donations to the Sangre de Cristo Hospice, Christ the King Church or the Pueblo Chapter of the Compassionate Friends through Montgomery & Steward Funeral Directors, 1317 N. Main St., Pueblo, Colo. 81003.