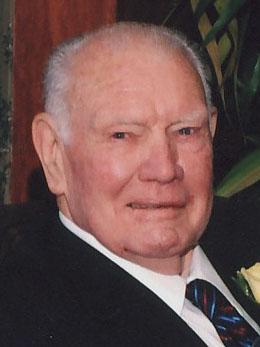 Wayne Kelly Harbour, 90. Wayne was born Nov. 20, 1919, in Del Norte, Colo. to Jim and Ruth Harbour, passed away April 14, 2010, in Pueblo. As the 8th of 11 children, Wayne was raised on a Colorado potato farm; an experience he often shared with his family through the many stories and fond memories he held. He attended college in Dodge City, Kan. until he learned of the attack on Pearl Harbor, when he promptly enlisted in the U.S. Navy and proudly served our country through the end of both WWII and the Korean Conflict. Wayne had a full and wonderful life in both California and Colorado. He retired from the flooring installation business and took up other interests that he described as being 'easier on his knees.' After a life of bird-watching, Wayne had a keen eye and a sharp ear and could name anything that flies. An avid sports fan, he often spent time with a good basketball or football game and even took a shot at golf when he was well into his eighties. Wayne is survived by his wife, Marnie Toevs; his children, Sandy Sell and Susie (Don) Stalcup, both of Orange County, Calif.; step-sons, Dave (Heather), Doug (Lori) and Bruce (Kelly) Nesslage, Ted (Donna), Joel (Mary) and Kim (Renee) Berrian; and step-daughters, Cindy Jackson and Marnie (Mark) Iorio; nephews, Steve (Diane) Harbour and Tom (Millie) Meardon; six grandchildren, 13 great-grandchildren; and numerous personal friends. There will be no viewing. Cremation, Montgomery & Steward Crematorium. Wayne will be missed deeply by all who knew him. Services, 2 p.m. Tuesday, April 20, 2010, at First Presbyterian Church, 220 W. 10th St., with the Rev. Dr. Brad Munroe officiating. Military flag presentation by grandson, Petty Officer Ryan Anderson. Online condolences, www.montgomerysteward.com