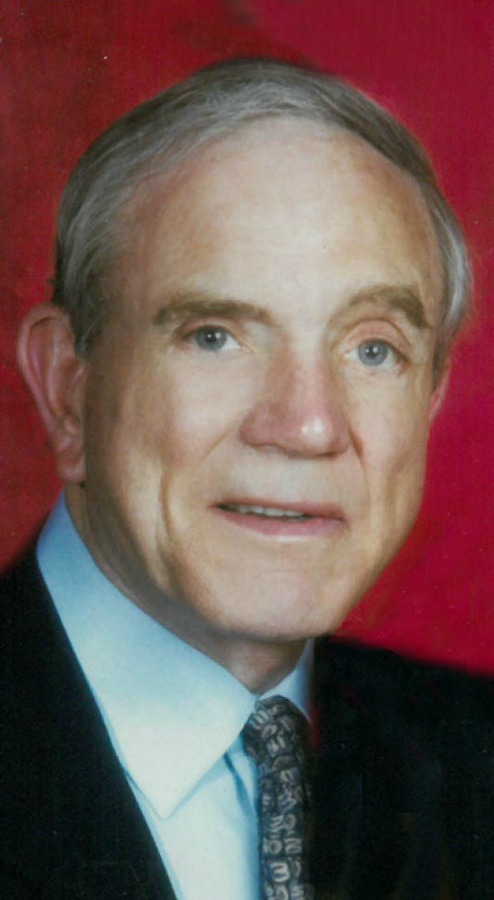 Wallace “Wally” Bryan Sullivan, MD, 88, passed away October 15, 2020. Survived by his wife, Wynona Sullivan; daughters, Bambi Dawn Sullivan (Ken) Lee, Kelli (Kelly Vidana) Sullivan, Ashley (Leroy) Valdez, Allison (Jerry) Butkovich; son, Lad (Shelly) Sullivan; grandchildren, Josh (Emily) Sisneros, Fallon Vannoy, Jonpaul Ursick, Brittni Ursick, Bryan Butkovich, Amy (Adam) Shannon, Gentry Sullivan; great-grandchildren, Cameron, Layla, James, Kayden, Jameson, Calleigh and Jethro. Preceded in death by his parents, Foster and Margarete Sullivan and brother, John T. Sullivan.
Wallace was born October 13, 1932, in Stearns, Kentucky. He graduated with his medical degree in 1964 from the University of Kentucky Medical School. In 1965, the Sullivan family moved to Pueblo, Colorado where Wallace served as the base physician at the Pueblo Army Depot. Wallace began his family medicine practice in Pueblo in 1968 and served at Parkview Medical Center for the next 48 years before retiring in 2010.
An avid Kentucky Wildcat fan, Wallace’s love of college basketball would find him listening to his UK Cats just about anywhere he could find a radio signal to hear the game. You could always find him at the YMCA bright and early every morning to get in a work out before making rounds at the hospital. On Thursdays he would walk the grounds of his favorite hotel, The Broadmoor, and then hike at Glen Eyrie Castle or the Garden of the Gods in the afternoon. His family affectionately called him “The Gardener” as he loved tending to the property of the family home, building numerous trails to walk and gardens to visit.
Wallace was a mentor to many and will be greatly missed. His love for God, family, friends, patients and community were evident to all that knew him.
In lieu of flowers, donations are appreciated and may be made to the Pueblo YMCA, 3200 E. Spaulding Ave., Pueblo, CO  81008 or Care and Share of Southern Colorado, 100 Greenhorn Dr., Pueblo, CO  81004. A memorial celebration of Wallace’s life will be held at a future time. Online condolences, www.MontgomerySteward.com