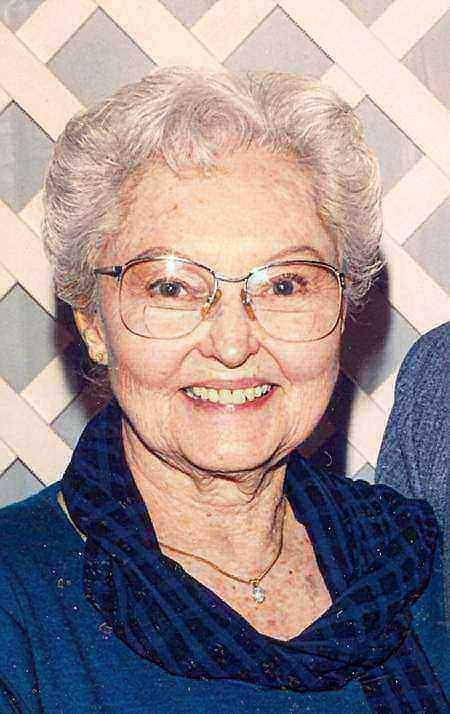 Virginia Stumbo Mellenbruch, 91, died of living life on October 29, 2010, at the home of her daughter, Betsy Morgan in Pueblo where she and her husband of 74 years, James Otis Mellenbruch have lived for several years. She is also survived by her son, John Grant (Margie) Mellenbruch of Denver; grandsons, Sean (Pam Liu) Morgan of Boston, Thane (Ginger) Morgan of Greenwood, Ind., Bryan (Rebecca Roth) Morgan of Pueblo and Ashton Mellenbruch, as well as great-grandchildren, Catherine, Audrey, Dayton and Beckett Morgan. She is predeceased by her parents Claude Olin and Elizabeth Emma Stumbo of Brown County Kan.; her sisters; a brother; and an infant son, Jimmy Mellenbruch. Thirty years in banking and sixty-five crafting handmade heirloom quilts demonstrate some of her business and creative acumen. In retirement, one of her greatest joys was waiting, as she sat in the sunroom quilting, for the kit foxes to trip the motion light as they gobbled up the food she left for them. If she happened to forget, they would sit on a large rock behind her Rye home and yip to remind her. Another joy was her love affair with Robert B. Parker's mystery novels. Coming of farming stock, growing up during the years of the Great Depression and being a beautiful woman shaped her life in productive ways: she was a saver and a practical, stylish woman. Cremation, with a memorial service, 11a.m. Saturday, Nov. 6, 2010, in the Montgomery & Steward Chapel. Internment will be in the Mellenbruch Family Cemetery at Immanuel Lutheran Church, Old Fairview, Kan. In lieu of flowers, memorials may be made to the Pueblo Community Soup Kitchen through Montgomery & Steward Funeral Directors, 1317 N. Main St., Pueblo, CO 81003. Online condolences, Montgomery & Steward.com. ********