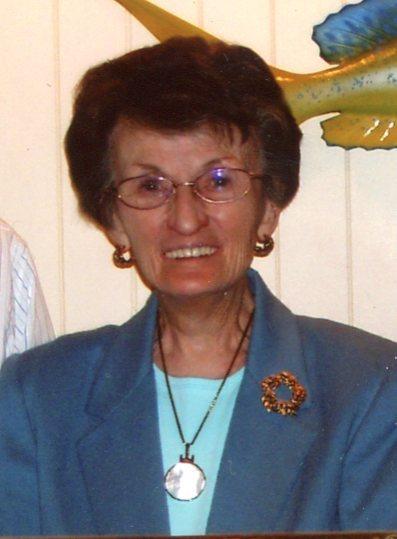 Victoria Markowski, was born in Nanticoke, Pa. She studied with Bertha Sobolewski and Mary Krajewski of Nanticoke and Professor Ernest H. Bennett at the Wyoming Seminary, Kingston, Pa. She attended the Boston Conservatory as a scholarship student and studied with Georg Fior. It was here that she met Frank Cedrone and the piano team was born. The were married before the start of their senior year. They served as Musical Directors and Accompanists at the Weston Playhouse in Weston, Vt. for Finian's Rainbow, Kiss Me Kate, The Fantasticks and Little Mary Sunshine, as well as Musical Directors and Accompanists for the national tour of Kiss Me Kate for Stanley Wolff Productions, New York City. After graduation, they joined the conservatory's faculty. Upon leaving the conservatory, they moved to New York City where they coached for a number of years with David Saperton, protégé and son-in law of Leopold Godowsky. The Markowski and Cedrone duo won the prestigious Concert Artist's Guild Award resulting in a new York City debut at Carnegie Recital Hall where they garnered highly favorable reviews. They completed two tours for the University of Wisconsin Bureau of Concerts and Lectures; the Cultural Enrichment Committee of Fairlawn, New Jersey; and Higher Horizons, New York City Board of Education; three tours for Redpath Concert Bureau; and five tours for the University of Minnesota Concert and Lecture Series; as well as innumerable performances for Community Concerts, United Audiences and Civic Music Associations for a total of over one thousand performances nationwide. They were selected as Cultural Ambassadors for the State of Pennsylvania. In 1969, they became the first Artists in Residence at Southern Colorado State College, as well as the state and region. They organized the first-ever International Piano Ensemble Competition, which attracted entrants from throughout the Western Hemisphere and Europe. At the university, Victoria taught Piano, Piano Class, Piano Pedagogy, Piano Literature, How to Read Music and was the Music Department's Advisor. Frank and Victoria divorced in 1979, but maintained their professional performing and touring relationship. The Piano Team retired from the university in May 1999, each with the special status of Professor Emeritus but resumed teaching part-time in August 1999. They issued their first CD, 'Two Piano Magic' in 2000. Frank Cedrone died Feb. 23, 2003. Victoria was a member of the Colorado State Music Teachers Association and the Music Teachers National Association, from which she held Master Teacher Certification. She was a member of the Colorado Music Educators Association, the Music Educators National Conference, the National Guild of Piano Teachers for whom she did many judging trips and the Musicians Union, Local 802, New York City. She judged piano, piano ensemble, concerto competitions at the high school, state and national levels. Her article, So You Want To Improve Your Sight-Reading, was published in Staff Notes by The University Society, Inc. Her book, How To Read Music was used as the text class of the same name at CSU-Pueblo. She was awarded the Baldwin Artist's designation and was selected for the International Who's Who in Music. She was past president of Zonta International, Pueblo Chapter, and attended the international Convention in Sydney, Australia. Other awards include Outstanding Woman Faculty Award, Outstanding Faculty Award, Kawaii American Piano Competition Silver Medal (student, Mark Jones of La Junta, won the gold medal), Outstanding Zontian of the Year, YWCA Award honoring outstanding women in the community and National Honorary Member, Delta Omicron. In 1981, Victoria married Rodney Dale Townley. Rod became District Governor of Rotary #547 1988-1989. They visited 48 clubs in Southern Colorado and one in New Mexico to deliver the International President's message as well as perform; she, the piano and he, the violin. They were invited to perform at the Rotary Institute in San Francisco and the International Assembly in Nashville. They attended the Rotary International Convention in Philadelphia and performed at the Zone Institute in Vancouver, BC, Canada. At Victoria's request, cremation with no services. In lieu of flowers, memorials may be made to the CSU-Pueblo Music Department, 2200 Bonforte Blvd., Pueblo, CO 81001.