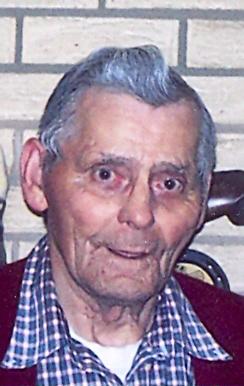 Mr. Tony Machuk, age 80 of Pueblo West, Colo. died in his home on Fri., Sept. 19, 2008. Tony was born in Portage La Prairie, Manitoba, Canada on May 6, 1928. He became a citizen of the United States of America, State of Michigan, County of Genesee, Flint, Michigan on Aug. 24, 1961. He raced motorcycles in Canada and in the United States. He retired from Grand Trunk Western Railroad, Bristal Rd., Flint, Michigan and moved to Pueblo West, Colo. in 1975. Tony was an employee of McDonnell Douglas in Colorado and received a plaque for five years of loyal and dedicated service, in 1993. He was involved with the Pueblo West Gun Slingers. His hobbies included camping, fishing, hunting and traveling. He was preceded in death by his wife, Patricia Lou Machuk in 1998; also by his son, Thomas William in 1991. He is survived by four daughters, Christie, Toni, JoAnn and Mickey all of Michigan; stepson, Thomas of Colorado; grandchildren, Capra of Missouri, Joel, Kevin, Brian and Danny all of Michigan, Michael and Mark of Florida; great-grandchildren, Daniel and James of Missouri, Allison, Alycia and Logan of Michigan. A private family memorial will be held. Online condolences, www.montgomerysteward.com