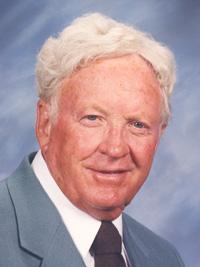 Thomas L. Stanton, 78, passed away March 28, 2006. Survived by his loving wife of 33 years, Louann M. Stanton; children, Thomas Michael (Hope) Stanton, Terrie (Richard) Nance, Susan (Eric) Barton; his brother, Robert L. Stanton; eight grandchildren; seven great-grandchildren; and by the mother of his children, Nada M. Stanton. His parents, Thomas C. Stanton and Faye B. Stanton, preceded him in death. A native of Pueblo, Tom attended Centennial High School, P.J.C. (P.C.C.), the University of Northern Colorado, and received his Master's Degree from Adams State College. A great athlete himself, as well as an avid skier and golfer, Tom found joy in teaching young athletes as a coach of baseball, cross country, and golf. Among his many achievements were his recognition as Best All-Around Athlete at P.J.C. in 1948-49, his induction into the Greater Pueblo Sports Hall of Fame, and his induction into the Colorado Football and Basketball Officials Hall of Fame, for his nearly 40 years of officiating. Tom served in the Army Air Corps where, in 1946, he won the 4th Army Air Corps diving championship. He was a member of B.P.O.E. #90 and the Eagles Lodge #145. At his request there will be no viewing. Cremation, Montgomery & Steward Crematorium. Memorial service will be held at 11:00 A.M. Saturday, April 1, 2006, at the Church of the Ascension, 18th and Grand, with the Rev. Annette Brownlee and the Rev. Dr. Ephraim Radner officiating. A reception will follow at the church hall. In lieu of food and flowers, memorials may be made to the C.S.U. Pueblo Golf Team or to the Church of the Ascension, through Montgomery & Steward Funeral Directors, 1317 N. Main St., Pueblo, Colo. 81003. Online condolences, www.montgomerysteward.com