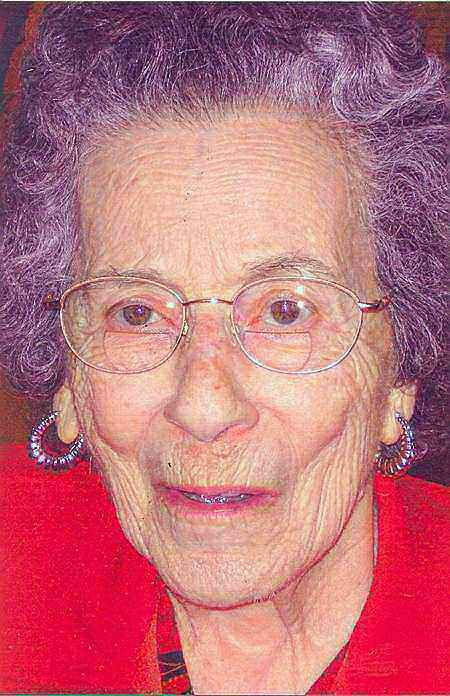 Teresa Garrisi Richey, 94, passed away Nov. 22, 2009. Survived by her children, David (Janice) Richey and Suzanne (Richard) Krinsky; brother, Anthony Garrisi; ex-husband, Robert K. Marck; grandchildren, Dianne (Edward) Bauer, Jason (Pam Ellen) Krinsky, Alex (Angela) Krinsky and Alexandra Richey; and great-grandchildren, Julianna, Aaron, Samantha and Nolan Krinsky, Thomas, Joseph and Katie Cunningham, and Erika and Edward Bauer. Preceded in death by her infant daughter, Dolores; parents, John Garrisi and Rosaria Taormina Garrisi; sisters, Petra Sakarian and Vincenza Rinaldi; brothers, Joseph Garrisi and Matthew Garrisi; and husband, Bert R. Richey, MD. Teresa was born Nov. 30, 1914, in Detroit, Mich. She attended Nativity grammar School and St. David's High School in Detroit where she was the president of her class. She received her RN credentials from Borgess Hospital School of Nursing in Kalamazoo and attended Wayne State University School of Nursing in Detroit. She was a member of the American Nursing Association. Teresa was employed at Detroit General (Receiving) Hospital from 1947 to 1966, where she held various positions on medical and surgical units culminating in her position as Operating Room Supervisor where she was responsible for nursing service and administration of 13 operating rooms. She was employed for seven years in the Tuberculosis Building at Herman Kiefer Hospital where she was responsible for Nursing Service, the Surgical Unit, and the In Patient Clinic; She was later employed as OR Instructor and Coordinator of Infection Control at St. John Hospital. Teresa moved to Pueblo in 1984 to be with her daughter and family. She loved animals especially her her beloved dog Petie, operatic music, and needlepoint. She was a 2008 champion needlepointer at the Colorado State Fair. She also loved to read and was a life-long learner. Memorial Service, 3 p.m. Saturday, Dec. 5, 2009, in the Montgomery & Steward Chapel. In lieu of flowers, memorials may be made to the Parkview Foundation through Montgomery & Steward Funeral Directors, 1317 N. Main St., Pueblo, Colo. 81003. Online condolences, MontgomerySteward.com