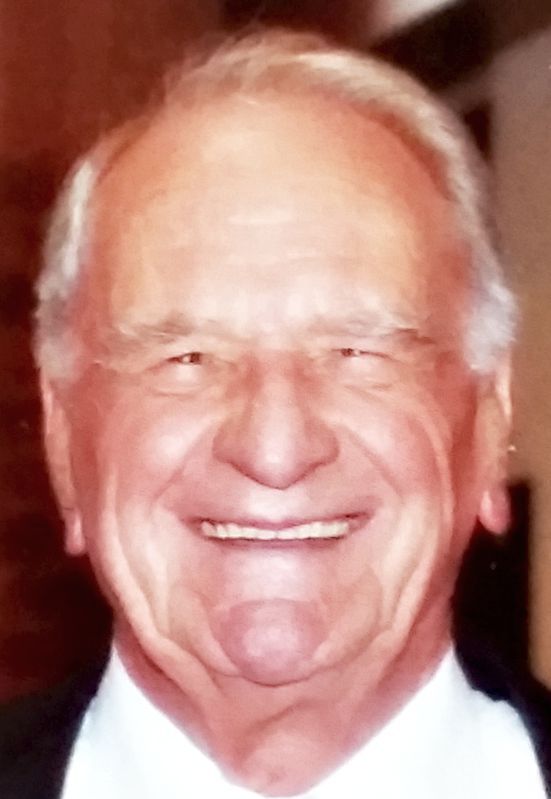 Silvio Theodore 'Ted' Trani, 90, passed away on Sept. 21, 2015, shortly after doing what he enjoyed, preparing 'the club' for the next night's dance. Survived by children, Christine Trani (Mike Freeborg), Dan (Cathy) Trani and Ted (Clara) Trani; grandchildren, Jen Trani, Brian Trani (Judy Marquez), Lisa (Matt) Jansson, Marc (Stephanie) Trani and Jason Hedges; great grandchildren, Jordan, Adaleena, Ariabella, Sofia, Giuliana, Gabby, Greta and Sammy; and numerous nieces and nephews. Preceded in death by mother, Celestrini (Lena); stepmother Ida; father, Alessandro (Alex) Trani; sisters, Ann Costello, Connie Passera and Kay DeVencenty; brothers, Renaldo, Gordon, Anthony and Flory Trani and Joseph Marino and their beloved spouses; and loving wife of 30 years, Gina. Ted was born to Lena and Alex Trani on October 23, 1924, in Lime, Colo. He grew up on the farm as a member of a large Italian immigrant family during the Depression under tough circumstances. The times didn't begin to permit him to finish his schooling. He worked hard at several jobs, then joined and served gallantly in the U.S. Navy during WWII. Shortly after returning to civilian life, he met a beautiful young lady he would marry. Even without a formal education, he was a highly respected, successful entrepreneur largely because he was a very principled individual who was literally 'honest to a fault.' He was highly intelligent and could teach himself whatever he set his mind to. With a bit of guidance, he taught himself accounting and 'kept his own books' throughout his career. He was manager at Newton Lumber and Colorado BMC before starting his own business, Trani Building Supplies/Trani, Inc. (dancing, dining and more.) It didn't stop there. He turned a love of dancing, extending back to his youth, into a business of teaching dance; then, from a business to a passionate, unselfish sharing of one of life's simple 'healthy' delights enjoyed by all cultures. Ted enjoyed watching Broncos football, of course, but dancing and teaching others to dance their way to happiness and longevity was his essence and his passion. With him, dance was far more than interaction between two people moving to music; it was communication between body and soul that transcended words. He was a living testimonial to how dancing and longevity go hand-in-hand. Throughout his life, he had an 'incalculable' number of friends and one of the things they liked the most about him was his 'quippy' sense of humor. Ted was a member of the Elks and Eagles. Visitation, 4 to 6 p.m. Thursday, Sept. 24, 2015, in the Montgomery & Steward Chapel. Informal 'wake' celebration and reception, 11 a.m. to 3 p.m. Friday, at 2506 Lake Ave. Interment, Roselawn Cemetery with Michael Marino presiding and military honors by the Pueblo Veterans' Ritual Team. Memorial may be made direct to your charity of choice. Let his memory be a motivation to 'get out and dance!' Online condolences, www.MontgomerySteward.com