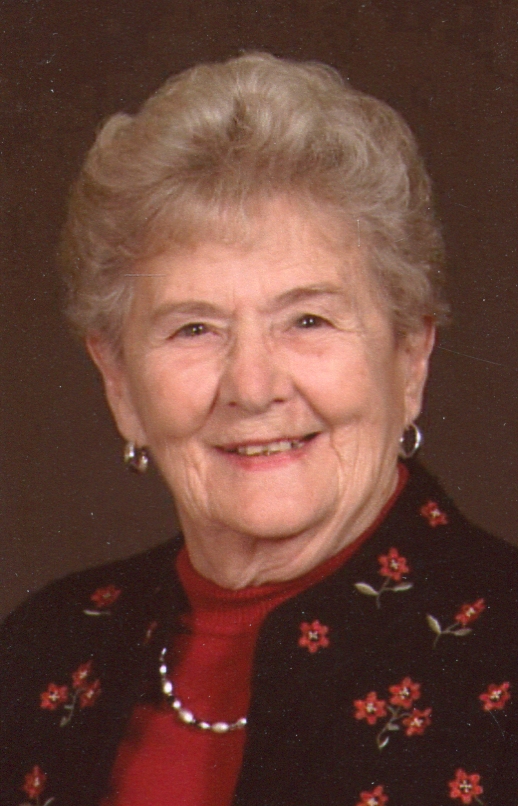 Sidney Jane Clutter was born in Lincoln, NE on Feb. 11, 1923, to Alan and Olive (Abbey) Woodward and passed away Sept. 21, 2020, in Colorado Springs, CO. She is survived by her three children: Barbara Clutter (Betty Hesters) of Davis, CA; Dave Clutter of Fargo, ND; and Sara (Tracy) Lee, of Colorado Springs, as well as 7 grandchildren and 6 great-grandchildren.
She graduated from Denver East High School in 1941 and from nursing school at Denver Children’s Hospital in 1945. Sidney met her husband, Joseph Clutter, on a blind date while she was in nursing school and he was in medical school. They were married on June 28, 1945 and quickly moved to Fort Dix, New Jersey as Joe served in the Army Medical Corp during WWII. For several years prior to starting their family, Sidney worked as a surgical nurse. In 1950, the couple moved to Pueblo, where Joe accepted a position at The Pueblo Clinic. Sidney and Joe raised their family in Pueblo, and eventually retired there as well. They loved traveling the world together, as well as sharing their travel experiences and cherished photographs with family. They were married for 62 loving years when Joe passed away in 2007.
Serving others and giving back to the community were central to Sidney’s beliefs, and she passed those ideals on to her children as well. Sidney was the quintessential volunteer. It would be difficult to include all of the places she touched, but some of those that were most dear to her were the St Mary Corwin Auxiliary (serving 35 years) and The Pueblo Zoo, where she was known as the “llama lady” for establishing the program to bring llamas out to public events and schools. She delivered Meals on Wheels for over 20 years, and was in her 90’s when she gave up her route. During her 70 years as a member of First Presbyterian Church of Pueblo, she served as a Sunday school teacher, elder, and deacon, and helped in the preschool housed in the church. She was a 60 year member of Chapter BQ of PEO International, an organization that supports higher education for women; as well as a member of the Pueblo Service League/Junior League of Pueblo. She cherished her many special friendships in the “Chimis” lunch group, where she was a founding member and attended weekly for over 35 years. She was also active in the Pi Beta Phi Alumni group.
Always interested in learning what new things were going on around her, she studied the Russian language for several years during the Cold War. She took a computer class at the community college at age 80. Sidney managed the family finances and became very knowledgeable about investing through her involvement with the Greenbacks Investment Club. Learning about animals & their ecosystems supported her work as a docent at the Pueblo Zoo. Sidney loved to garden and was a Colorado Master Gardner for many years, volunteering her skills in gardens throughout the city. Her curiosity and love of learning were interests she eagerly shared with her children and grandchildren.
Sidney was “the rock” of our family, and she will be deeply and lovingly missed.
There will be a memorial service at 2 p.m. Saturday, October 3, 2020, at First Presbyterian Church, 220 W. 10th St.  Please call the church office at 542-7322 to make a reservation if attending the service in person by October 1st. The service will also be live streamed and can be accessed at www.firstprespueblo.org
Sidney would be honored by gifts to First Presbyterian Church, 220 W. 10th St., Pueblo, CO 81003 or The Pueblo Zoo, 3455 Nuckolls Ave., Pueblo, CO 81005.
.