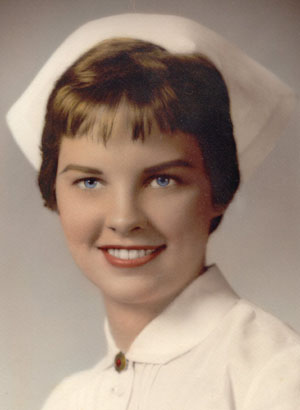 Shirley Ann Francisco Hinckley, of Pueblo West, died on July 2, 2008, at age 68. She is survived by her husband of 46 years, Marshall; daughter, Linda Sturtevant, MD, both of Pueblo West; daughter, Diane Hinckley of Amarillo; son, M. Everett Hinckley of Los Angeles; brother, Sherman Francisco of Phoenix; and sister, Miriam Rice of Avon Park, FL. Shirley was born in Binghamton, NY on August 10, 1939, to Miriam & Sherman Francisco, both deceased. Shirley graduated from Avon Park High School in 1957 and The New York Medical College School of Nursing in 1960. She had natural abilities in nursing and worked as a surgical, floor, and aphersis nurse. She married Marshall, a career Army Medical Corps Officer in 1962. She spent the next 25 years raising her children and serving as an Army wife. After her children were grown, she resumed her nursing career. She had a severe stroke in 1997 following which she and her husband retired. They traveled extensively and enjoyed helping raise their three grandchildren. During the last two months of her life she suffered from cancer. She will be sorely missed by her spouse, children, grandchildren, siblings, as well as many friends and neighbors. Memorial service, 10 a.m. Monday, July 7, 2008, in the Montgomery & Steward Chapel with the Reverend Bruce Hinckley officiating. Gifts in lieu of flowers may be made to the Sangre de Cristo Hospice of Pueblo and sent to Montgomery & Steward Funeral Directors, 1317 N. Main, Pueblo, Colo. 81003. Online condolences may be sent to montgomerysteward.com.