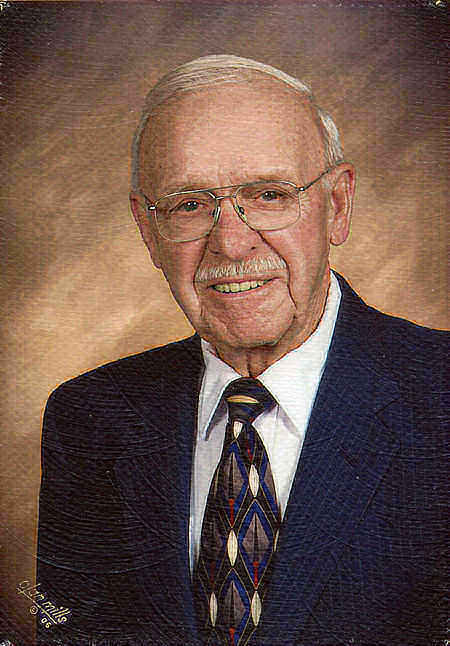 Samuel 'Sam' Lee Kramer, 86, passed away Sept. 8, 2013. Survived by his son, James (Cynthia) Kramer; granddaughters, Jennifer (Lance) Manley and Janine (Gregory) Ebbets; and six great-grandchildren. Other survivors include: Ernie Kramer, Phyllis Gilikson and Pearl Reeder. Preceded in death by his wife, Maggie on Sept. 4, 2013; son, Curtis W. Kramer on Nov. 2, 1976; and a brother, Tom Kramer. Sam was born to Samuel L. Kramer, Sr., and Delpha (Maloney) Kramer on Dec. 7, 1926, in Denver, Colo. He proudly served his country in the U.S. Marine Corps during WWII. He and Maggie were married in 1948 in Kentucky and moved to Pueblo with their son, Jim, in 1951. Sam was a retired truck driver. He was a member and had served as longtime Elder of the Church of Christ at Pueblo West (formerly the Broadway and Orman Church of Christ). There will be no viewing. Funeral service, 2:30 p.m. Saturday, Sept. 14, 2013, at Montgomery & Steward Chapel with Elder Jerry Young officiating. Interment, Mountain View Cemetery with military honors by the Pueblo Veterans Ritual Team. In lieu of flowers, memorials may be made to Red Mountain Youth Camp through the funeral home. Online condolences, www.montgomerysteward.com