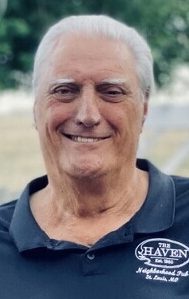 Samuel Joseph Pisciotta, 81, passed away Dec. 1, 2020. Survived by wife, Donna Pisciotta; children, Chris (Melania) Pisciotta, Gina Pisciotta and Kimbra (Ryan) Waletzko; and grandchildren, Hunter Mooring, Raif Mooring, Griffin Mooring, Marlo Waletzko, Beau Mooring, Reese Waletzko and Aidan Pisciotta; brother, Duane (Debbie) Pisciotta; nephews, Nick (Lindsi) and Drake (Annamarie) DiNero; niece, Rachel Pisciotta; sister-in-law, Diane Gasperi; nephews, Stephen (Kim) Gasperi, John Gasperi and Tom Gasperi; and niece, Sharon Frank. Preceded in death by parents, Joe “Papa Joe” and Esther Pisciotta; nephew, Dominic Pisciotta; parents-in-law, George and Helen Megall; brother-in-law, Charles Gasperi; and sister-in-law, Susan Young. Sam was born April 28, 1939, in Pueblo, Colo. and was a teacher at Fountain and Bradford Elementary schools. After obtaining his Masters degree in counseling, he became a counselor at Corwin and then Freed Middle School, where he retired in 1995. Through his life, Sam was an accomplished drag racer at PMI and Bandemere Speedway and used to say, “I made a career out of beating Fords and Chryslers.” In 1995 and 1996 he won back to back championships at PMI, followed by winning Super Chevy in 1996 and runner up the following year at Bandamere Speedway, all with his 1964 Chevy Nova. He had a passion for building and flying radio control model airplanes. This passion spanned over 50 years. He was a co-founder of the Sky Corral RC Club located in Pueblo West. He was meticulous, determined and what many fellow modelers would consider a master builder. His creations and designs were absolute works of art. He received numerous awards up and down the front range at various events. His craftsmanship was usually what separated his models from others. Although Sam loved his hobbies, his heart was for his family! His deep love and his heart was for family, which was evident in everything he did. He was the first to tell you what a wonderful life he had lived and had no regrets…EXCEPT for selling his 1962 Red Chevy Corvette! He lived his life HIS way, and loved every minute of it. If you knew him, you loved him, and he will be dearly loved and missed by all. Cremation, Montgomery & Steward Crematorium. There will be no services at this time. Online condolences, www.MontgomerySteward.com