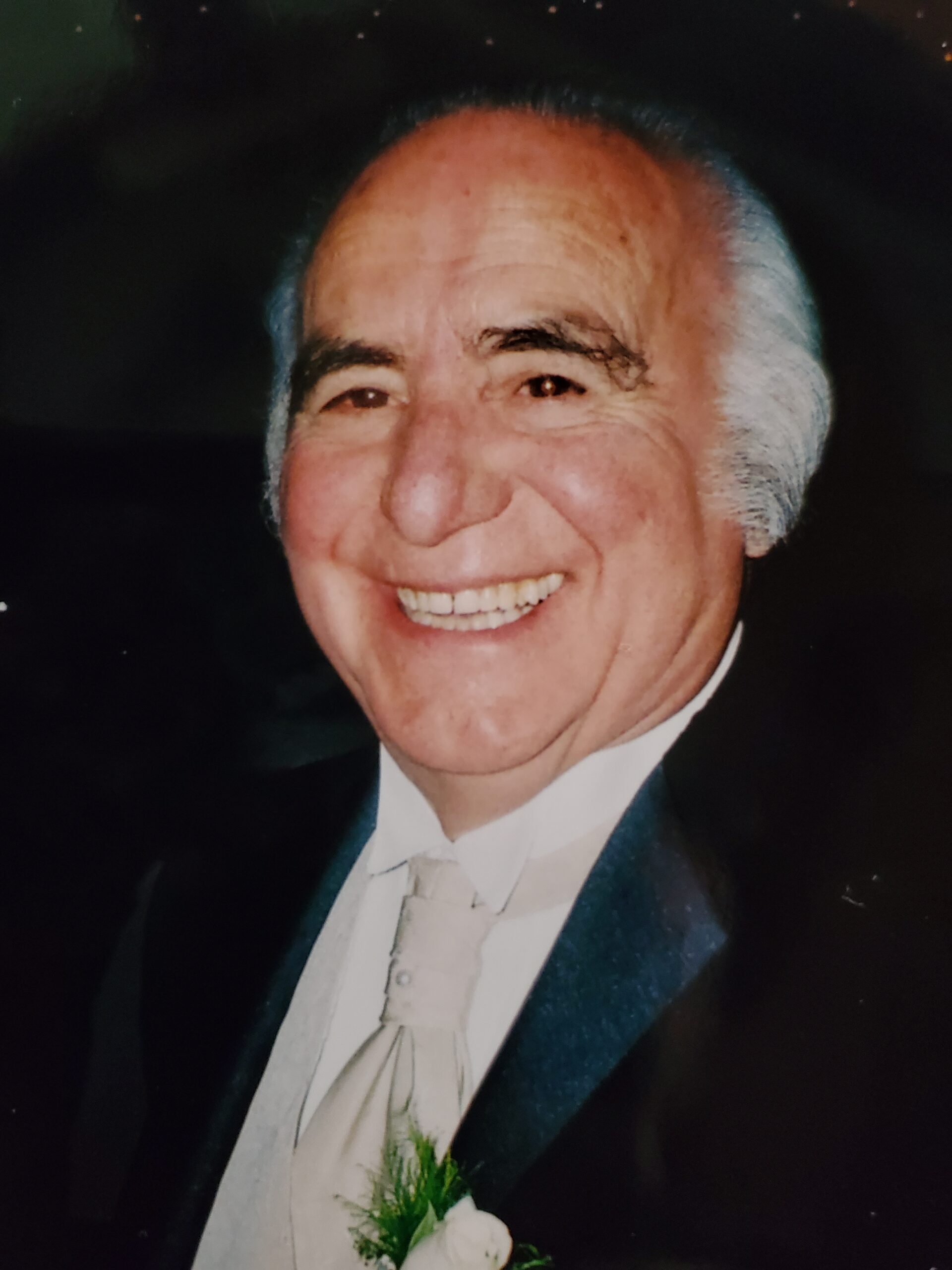 Samuel E. Spinuzzi
April 16, 1929 – September 27, 2021
Samuel E. Spinuzzi, 92, departed his earthly life peacefully at home on September 27, 2021. Sam was preceded in death by his loving wife of 61 years, Shirley; parents, Jack and Grace Spinuzzi; sister, Mary; and brother-in-law, John Altamore; and numerous aunts, uncles, cousins and friends. Sam is survived by his devoted daughter, Marla (Steve) Reichert; loving grandchildren, Amanda O’Connor (Tim Reeder), Ashley Reichert, and Tyler Reichert; great-grandchildren, Abigail, E.J., Charlotte, and Isabella; brother, Chris (Kay) Spinuzzi; and numerous nieces and nephews.
Born in Pueblo, Colo., Sam was a graduate of Central High School. While in his teens he would walk to La Tronica’s with his accordion and play on the weekend. He worked at CF&I until he enlisted in the Air Force and was stationed in El Paso, Texas. While there he met a feisty redhead and the two wrote frequently while he was deployed to Korea.
Upon his return from Korea, he married that feisty redhead and he and Shirley danced their way through an epic love story that would last more than 61 years. They moved to Colorado after his discharge from the Air Force, living for a time in Denver, and ultimately returning to Sam’s home town of Pueblo.
Sam owned and operated the Spinuzzi Agency representing Farmers Insurance for 40 years. His natural interest in people and desire to help was a perfect fit for a long and successful career. Sam was also deeply committed to his community, serving as president of the Lion’s Club, serving Meals on Wheels, and helping at the soup kitchen. He served on the board of Sangre de Cristo Hospice and one of his proudest accomplishments was his work to build Hospice House.
Sam was the ultimate family man and nothing made him happier than traveling with the love of his life Shirley and spending time with family. Sam was always the most sought after dance partner in the room. He was the dad who would fix any bike in the neighborhood and who would help anyone who needed a hand. He could build anything, fix anything, and had a calm steady way about him that made any difficulty a little easier.
The family would like to thank Sangre de Cristo Hospice for their wonderful support the last six months as well as special friends and care givers, Kim, Mimi and Heather.
Service will be at 3 p.m. on Monday, October 4th, in the Montgomery & Steward Chapel with military honors provided by the Pueblo Veterans Ritual Team and High Frontier Honor Guard. In lieu of food or flowers, please consider a donation to Sangre de Cristo Hospice. Livestreaming and online condolences, www.MontgomerySteward.com.
_________________________________________________________________________________________