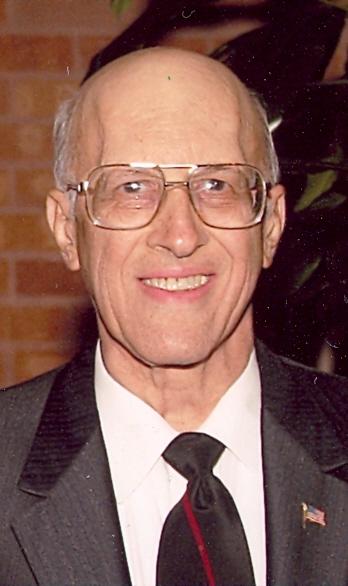 After a prolonged illness, Sam F. Falsetto passed away on February 4th, 2009, at the LifeCare Center in Pueblo. He was born in Trinidad, Colorado, on July 26th, 1936, to Sam and Rose Falsetto. He was preceded in death by parents; brothers, Anthony, Charles, Joe and Mike; and sister, Mary Louise. He is survived by his loving wife of 48 years, Eleanor; and son, John (Susan); grandsons, Stephen and Jason; brother Frank (Kathy); sister, Lenore (Nick) Mincic; brother-in-law, Vince Juliano; sisters-in-law, Helen Juliano, Mary Lou Juliano of Trinidad; numerous nieces, nephews and cousins; and special friend, Michael J. Regan, Jr. Ph.D. He graduated from Trinidad High School and attended Trinidad State Junior College. He was a well-known and respected banker in Southern Colorado for 40 years. He was Director of First National Bank of Trinidad, Director of Minnequa Bank of Pueblo, Director of Trinidad National Bank, and President and Director of Canon National Bank of Colorado City. Sam was Past President of: Lions Club of Trinidad, Chamber of Commerce of Trinidad and Trinidad Economic Development. Director of Las Animas County Round Up Association and member of Foundation Board of Trinidad State Junior College. President of Pueblo Chamber of Commerce, President of Pueblo Economic Development (PEDCO), member of the Pueblo Community College Foundation Board, past President Knife and Fork Club, founding member of John Neumann Catholic School, Director of Independent Bankers Association, member of the Colorado State Banking Board, past President of Bankers Administration Institute and past President of United Way of Pueblo. Sam was in the United States National Guard for 12 years, having been activated for one year during the Berlin Crisis and served one year at Fort Polk Louisiana. He was honorably discharged with rank of Captain. He was a member of the Finance Committee of the Diocese of Pueblo, a Fourth Degree Knight in the Knights of Columbus and participated in Friday morning Bible Study which he enjoyed very much. Sam was an avid fisherman and enjoyed bowling and working in his yard planting flowers. He loved traveling and had gone many places including Hawaii, Mexico and Canada. A Memorial Mass will be celebrated 10 a.m. Wednesday, Feb. 11, 2009, at Our Lady of the Meadows Catholic Church, 23 Starling Drive, with the Reverend Father Kevin Novak as celebrant. Inurnment will follow at Imperial Memorial Gardens. In lieu of food and flowers, donations may be made in Sam's memory to the Colorado Heart Association and Our Lady of the Meadows Catholic Church, through Montgomery & Steward Funeral Directors, 1317 N. Main St., Pueblo, Colo. 81003. Online condolences, www.montgomerysteward.com