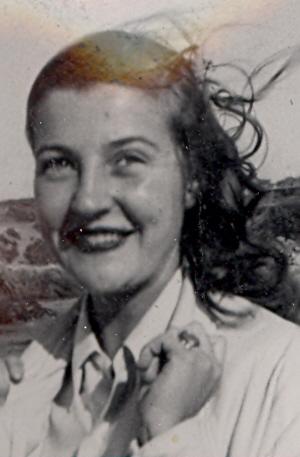 Sally Ruth Hane Tawse Sally Tawse, 72, died Tuesday, Sept. 29, 2009, in Pueblo, CO, after two years of failing health. She was surrounded by her family who loved her absolutely. A mother, wife, friend, grandmother, sister, aunt, nurse, artist, and rebel spirit, she will be missed by many. She was born to Richard L. Hane, M.D. and Ruth H. Hane on Nov. 6, 1936, in Fort Wayne, IN; subsequently she lived in Astoria, OR, Pacific Grove, Santa Barbara, Newport Beach, Oakhurst, Fresno and Tuolumne, CA., prior to moving with her husband to Pueblo in 1983. She found much joy in the family's simple cabin in Beulah. No matter where she lived, Sally remained connected to the Pacific Ocean. Its natural beauty was a lifelong source of joy. A registered nurse who never chose an 'easy assignment,' Sally graduated from the Knapp School of Nursing in Santa Barbara in 1958. She loved caring for her patients, whether in the Intensive Care Unit or the Teen Ward, and she was a lifelong advocate for respecting the sick. She pulled no punches as a nurse, even later in her career when she an RN on one of tougher wards at the CO State Hospital. Married to her Pacific Grove H.S. sweetheart Clinton 'Rusty' Tawse in 1957 in the Church of the Wayfarer, Carmel, CA, Sally set and pulled up roots with her family many times. While the geography changed, her children were her compass for life. She is survived by her husband of 52 years, Clinton Hughes Tawse; her sister, Nancy Spiekerman of Stockton, Calif.; her children, Sylvia Ruth Tawse of Longmont, Richard Clinton Tawse of Pueblo, Jennifer Ann Tawse of Boulder, and Bonnie Jean Tawse of Chicago, IL; and her grandchildren Cassidy Ann Tawse-Garcia, Emily Stromm Davis, Madeline Artemis Davis, Clinton Hart Davis, Claire Pema Stalhuth, Samuel Hughes Grossman and Benjamin Isaac Grossman; and by her nephews, Scott Pilchard and Chuck Spiekerman; and nieces, Susie Todd, Suzanne Pech, and her namesake, Sally Hutley. Sally was an amateur artist with special talent in watercolor and, later in life, sticker art--especially loved by her grandchildren as well as the local post office employees. She had a gifted eye for art, collecting those works she simply loved: Kloss, Helgoe, Radeaux, Solano, among others. Her life was surrounded by folk, fine and grandchildren's art as if every wall or cranny was an opportunity to appreciate visual beauty and sharp wit, both of which she also possessed. Never one to spend unwisely, Sally knew how to make a family feast from little and clever gifts from garage sale-discovered treasures. She was her own clever mixture of sass and warmth, serious and fun, spirit and earth. She was always and will forever be. . .creatively resilient. A Celebration of Life Reception will be held in Sally Tawse's honor 2 p.m. Sunday, Oct. 25, 2009, at Pastures of Plenty Farm, Longmont, CO 80503. The Tawse Family suggests memorial contributions may be made to either the Point Pinos Lighthouse Fund with the City of Pacific Grove, Attn. Polly Fry, 2100 Sunset DVD., Pacific Grove, CA 93950 or to the Sangre de Cristo Hospice & Palliative Care Center, 1207 Pueblo Blvd., Pueblo, CO 81005. Online condolences, MontgomerySteward.com