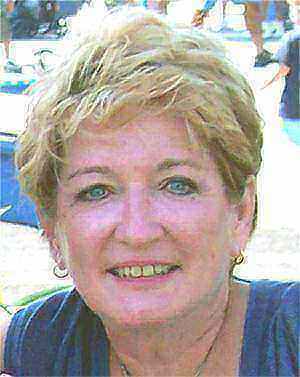 Roxanne Hatfield born October 31, 1956, passed away after a brief illness on April 26, 2007. Her father, E.J. 'Al' Duplantis, preceded her in death on August 14, 2003. She is survived by her daughter, Jennifer Hatfield of the US Navy, based in San Diego, CA.; her mother, Celeste Duplantis of Pueblo; siblings: Marcia (Tony) Sefcovic of Pueblo, Marie (Craig) Webb of Colorado Springs, and Paul (Sharron) Duplantis of Phoenix, Arizona; nieces and nephews, Callie and McKenzie Sefcovic, Irene Webb, and Vaughn Duplantis; special friend, Lee Douglas, other loving relatives and countless friends. Roxanne was born in Sherman, Texas. She attended Jefferson City High School in Missouri and obtained a business degree at CSU-Pueblo. She played drums in the high school band and had the honor of playing in a performance with Woody Herman and his orchestra featuring Ed Shaughnessy, the drummer from The Tonight Show with Johnny Carson. Roxanne lived in Phoenix, Arizona for the past 6 years, serving as the Human Resources Director for Arizona Contractor Center. Roxanne was known for her wonderful gift of humor, quick wit, and a fantastic ability to make people laugh. She was loved greatly by all who knew her and she will be missed immensely. There will be no viewing. Funeral Mass, 9 a.m. Monday, April 30, 2007, at Christ the King Church, 1708 Horseshoe, with the Reverend Father Derrek Scott as celebrant. Interment will follow at Roselawn Cemetery. Those who desire may make memorials to Hospice of the Valley, Palm Valley PCU, through Montgomery & Steward. Online condolences, MontgomerySteward.com