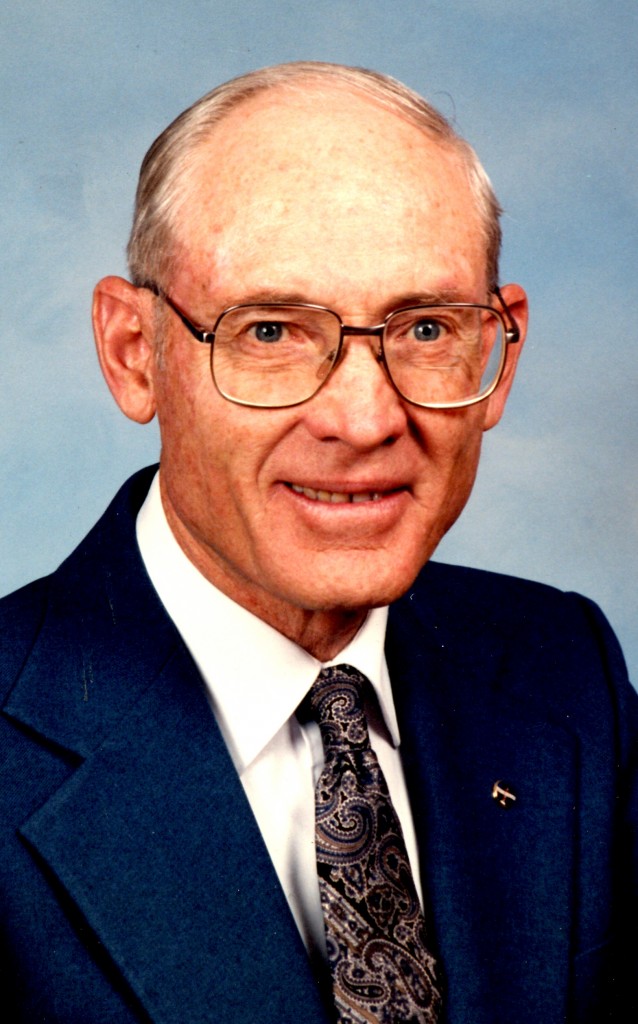 Ross Lynn Campbell met his Savior on October 17, 2018. He joined his parents, Claude and Irma Campbell, sister Lulu May Rader and wives JoAnn Hall, Pat Worline and Rosemary Schneider Campbell. Survivors are Carl (Carol) & Jerry (Sharon) Campbell, Janice (Gary) Gardiner, grand-children Deborah Campbell (Anthony) Williams, Chris (Dinah) Campbell and Rebekah Campbell (Jon) Hockney. He also leaves behind many step-children, nephews & nieces, grand- & great grand children. Born November 1924 in Olney Springs, Crowley County, CO, he attended Crowley County school until 10th grade, when the family moved to Gardner. After graduating from high school, he went to Wyoming and worked in the Boeing parts department where airplanes were refitted for war until he was drafted into the Army in 1943, where he intended to become a pilot in the Army Air Corps. However, the Army decided that they had enough pilots, navigators and bombardiers, so he was trained to be a nose gunner by shooting a lot of skeet, which taught him how to hit a moving target and he also had to learn to shoot and dismantle a 50-caliber machine gun. He served as a B-24 nose gunner in the 15th Air Force, 456th bomb group, 747th bomb squadron, stationed near Cerignolo, Italy. After 27 missions, during which not a single member of his crew was injured, he was mustered out. Fortunately, the German oil refineries had been bombed so they did not have fuel to put up fighter planes, but they did have plenty of anti aircraft guns that shot shells designed to explode at given altitudes. Several times an engine was shot out so they returned on 3 engines and with flak holes in their plane. He was discharged September 6, 1945, after spending over 2 months waiting for the final papers, and didn't spend a single minute in the Army longer than necessary. He promptly utilized his G.I. Bill benefits at Colorado State University in Ft. Collins, where he studied range management, graduating in 1949. After graduation he took a job with the Forest Service until there was an opening at the Soil Conservation Service. His career took a brief detour when he accepted a demotion to make sure that his youngest son was educated in a University town, but after that he progressed steadily until his 1984 retirement, where he was District Conservationist in Pueblo, CO. While at C.S.U., he met JoAnn Hall, whom he married in 1950. They had 3 children, Janice Kay, Carl Allen and Gerald Ray. After she divorced him, he met his second wife, Pat Martin Worline and married her in 1973. He acquired three more sons, Alan, Curt, and Patrick through Pat. Pat died after 30 years of marriage, over 15 of which were spent fighting cancer, and later that year, he ran into his high school sweetheart, the widowed Rosemary Knoll Schneider. Through his 8-year marriage to Rosemary, he acquired 11 additional step-children. And they, of course, had their children and grand children. Family gatherings are big! The Schneider family adopted Ross with open hearts, saying that their mother just existed after their father died, but started living again once Ross came back into her life. They had 7 happy years of marriage until Rosemary passed away. Music was a huge part of Ross' life. He always sang in church choirs, both while his first wife JoAnn played organ and at every other church that followed. He joined the Sunsational Chorus of Barbershoppers in Pueblo, CO. He sang with them for 29 years, and 19 of those years he was also the treasurer. He also joined the Fremont County Chorus in Canon City and sang with them for several years until driving at night became too difficult. When he wasn't singing himself, Ross spent a lot of time at local instrumental concerts, especially those involving his son Jerry and daughter-in-law, Sharon. Since they had a hard time saying no to still another band, there were quite a few concerts!