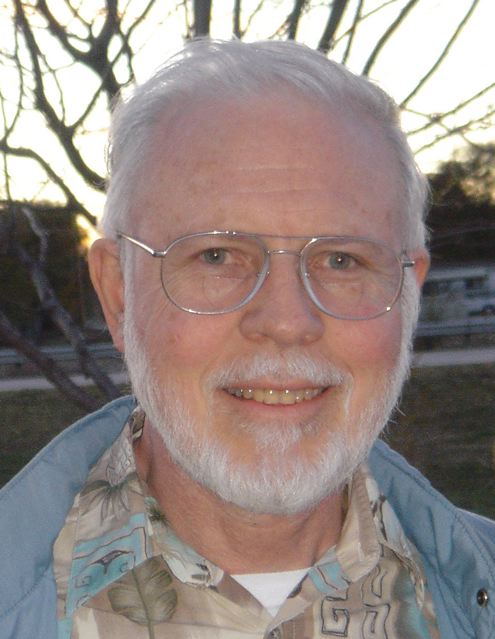 Ronald Edward Schmit, 70, of Pueblo, Colo., was received into the arms of Jesus on April 23, 2011. He was preceded in death by his parents, Bernard and Rosella Schmit; and sister, Candace Schmit. Ronald is survived by two daughters, Linnea and Else Schmit of Pueblo; sisters, Parma Von Behren (David) of El Cajon, Calif. and Lyn Henderson (Keith) of San Diego Calif.; brother, Donald Schmit of Fairfield, Iowa; nephew, Jeffery Von Behren (Alison Alpert) of San Diego, Calif.; brother-in-law, Charles Rusnacko of Minneapolis, Minn., and former wife, Karen Akin of Pueblo. Ronald served 18 years as a priest for the Catholic Diocese of Pueblo. He worked in the therapeutic profession at both Pueblo hospitals until his retirement. Ron had an artist's heart, designing stained glass, and was a published poet. He had a whimsical sense of humor and had a passion for the outdoors which he shared with his daughters. He nobly lived with Parkinson's disease since the mid 1990s. Profound gratefulness is to be extended to all of the friends who were so faithful in visiting him. His family wishes to thank Drs. Phillip Woods and Stephen Smith, Wynwood of Pueblo assisted living, Belmont Lodge Nursing Home, and Sangre de Cristo Hospice for their tender care of Ron. There will be no viewing. Cremation, Montgomery & Steward Crematorium. Memorial service will be held at 6 p.m. Friday, May 20, 2011, in the Montgomery & Steward Funeral Chapel with Fr. Gary Kennedy and Msgr. Len Racki officiating. Memorials may be made to Parkinson's Association through Montgomery & Steward Funeral Directors, 1317 N. Main St., Pueblo, CO 81003. Online condolences, MontgomerySteward.com