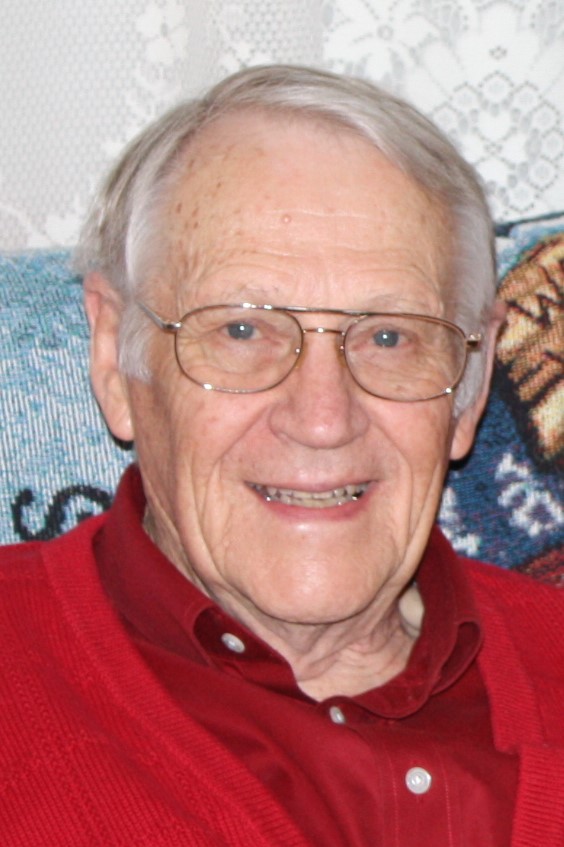 Roger was born December 13, 1925, in Chicago, Illinois to Oscar and Frances Rosengren.

The family relocated to Grand Rapids, Michigan where his brother, William, was born four years after Roger.

After graduating in 1943 from Ottawa Hills High School in Grand Rapids, Roger enlisted in the Army. He served in Europe with the First Army in an anti-aircraft unit and fought in the Battle of Remagen. After returning home from the war, he moved to Denver to attend the University of Denver where he met his lifelong love, JoAnn Mattson. Roger and JoAnn were married in 1949 and celebrated 68 anniversaries. After both graduated from DU, Roger and JoAnn moved to Cheyenne, Wyoming where they had two children.

Roger enjoyed golf with JoAnn and taking the family skiing, camping and on vacations all across the United States. Roger was active in church activities and enjoyed singing in church choirs. He was also active in many civic organizations including the Shriners. He was a salesman for the Burroughs Corporation for his entire professional career. After retiring, Roger and JoAnn enjoyed traveling across North America in their Airstream trailer. Roger was a president of the Colorado Wally Byam Caravan Club.
Roger and JoAnn moved to Pueblo in 1991. In Pueblo, they soon were delighted to welcome two granddaughters. They enjoyed spending time with their granddaughters and supporting them in their school studies and many activities including: figure skating, 4H and livestock showing.

The family greatly appreciates donations made to these charities in Roger Henning Rosengren 's name.