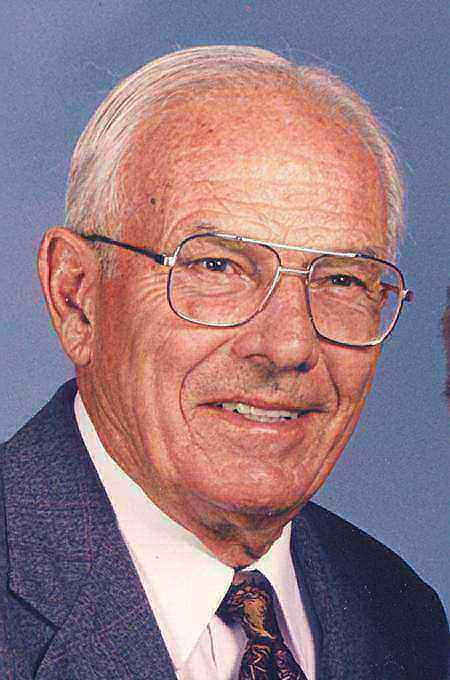 Robert Milton Moore, 91, passed away on July 10, 2010. Born November 13, 1918, in Pueblo, to Zella Grace (Huffman) and Martin Moore, Jr. Bob was preceded in death by his wife, Virginia and brother, Martin III. He is survived by his children, Lisa Moore of Pueblo, Steven (Martha Griffin) Moore of Boulder and Michael (Ellen Brody)Moore of Ann Arbor, MI; and by his grandchildren, Lindsay of Casablanca, Morocco, Andrew of Phoenix, AZ, Rio of Boulder, and Eric and Peter Brody-Moore of Ann Arbor, MI. Also survived by his niece, Marlene (Moore) Zitzow of Moorehead, MN; nephews, Martin Moore IV of Pueblo and William Brinton of Jacksonville, FL; and numerous other family members. Bob was devoted to his family, and especially enjoyed watching his grandchildren grow up later in life. He graduated from Centennial High School in 1936 and attended the University of Colorado in Boulder. Bob played on the 1938 C.U. football team and had season tickets with Virginia to Buff football games for many years. He proudly served in the U.S. Army Air Corps in World War II from 1941-1945. Upon returning to Pueblo, Bob joined his father as a general contractor with Martin Moore, Jr. and Son Contractors. He built custom homes and completed home remodeling throughout Pueblo for the next 48 years until his retirement at the age of 75. Many special lifelong friendships were formed through his work. Bob was a long-time member of Ascension Episcopal Church, serving on the Vestry and the Building and Grounds Commission, during which time he oversaw several remodeling projects at the church. He was a Life Member of the B.P.O. Elks and a 63-year member of Masonic Lodge #17 of Pueblo. There will be no viewing. Cremation, Montgomery & Steward Crematorium. Memorial service, 11 a.m. Friday, July 16, 2010, Ascension Episcopal Church, 18th and Grand, with the Rev. Andrew McMullen presiding. Reception immediately following at the church. In lieu of food or flowers, the family requests that donations be made either to the church for a memorial to be decided by the family or to the Pueblo Community Soup Kitchen. Donations will be handled through Montgomery & Steward Funeral Directors, 1317 N. Main St., Pueblo, CO 81003. Online condolences, MontgomerySteward.com.