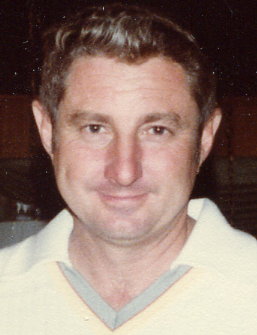 Robert 'Bob' D. Rice, beloved by his family, passed away on December 22, 2004. His family was at his bedside sharing their love and gratitude when he died. Bob was born in Pueblo, Co., April 11, 1933, to Wm. Dale and Pauline Rice. He graduated from Grand Junction High School where he was a state champion in tennis. On May 6, 1952, Bob married Helen Koonce and began Dale Rice & Son Lumber with his father. Shortly after opening the lumberyard he enlisted in the navy and served during the Korean War. After the war Bob attended the University of Denver. Following college he returned to Pueblo, and rejoined his father in the lumber business. He loved his work and the people and employees who graced the lumberyard. Bob also enjoyed his former service as a member of Board of Directors for Pueblo Bank & Trust. Bob is survived by his loving wife of 52 years, Helen; children, Cindy Martinez, Robin Rice and Annette Rice; and granddaughter, Kim Walker. Also survived by his brothers-in-law, Howard Koonce and Joe Koonce; sister-in -law, Marlene Graham; and an aunt, Floreine Wickizer. His parents preceded him in death. Viewing Monday, Dec. 27, 2004, at the funeral home from noon until 6 p.m. Funeral service will be held 10 a.m. Tuesday, December 28, 2004, at Ascension Episcopal Church, 18th & Grand. Interment will follow at Mountain View Cemetery. In lieu of flowers, the family asks that memorial contributions be made to the Alzheimer's Association, c/o Montgomery & Steward Funeral Directors, P O Box 777, Pueblo, CO 81002. Online condolences, www.montgomerysteward.com