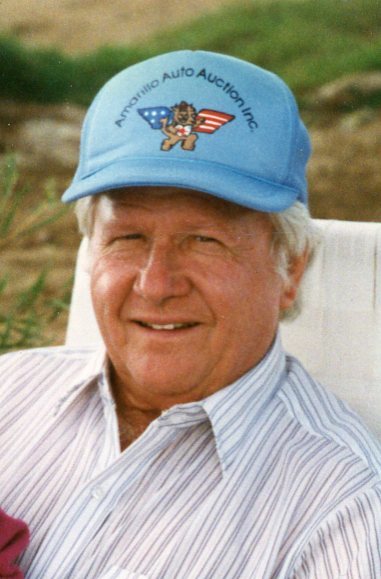 Robert 'Bob' Richards, 86, left this world for eternal rest on Mar. 12, 2017. Survived by wife, Charlene 'Dolly'; brother, Rev. Kenneth Richards; sons, Robert Jr. (Susie) and Jeff (Karyl); daughter, Roberta; grandsons, Geffery, Justin, Austin and Michael Richards and Josh Shisler; granddaughters, Tahnee Richards and Rachel Roper; great-grandchildren, Payton Roper and Ryder Shisler; brother and sister-in-law, Bill and Nody Davis and family; and by numerous nieces and nephews. Preceded in death by his mother, Margaret Brown; and father, Otto (Grace) Richards; numerous longtime friends; and recently by special uncle, Eugene (Annabelle) Graham, who was like a brother to him. Bob was born to Otto and Margaret Richards on Feb. 1, 1931, in Sheridan, Wyo. and served in the Navy during the Korean War. Robert Jr. was born to Bob's first wife, Mary, while he was stationed on Kwajalein Atoll in the Marshall Islands. He drove coal trucks for Corley Coal at the age of 12 when he lived in Coal Creek, Colo., and by the age of 14, Bob was operating heavy equipment. His driving expertise and love of cars led him to the car business in 1958, at Jackson Chevrolet, where he met his second wife, Dolly. In 1960, Jeff was born in 1961 followed by Roberta in 1963. By 1965, he had started A-1 Auto Sales, Standard Oil Station, and wrecker service at 131 Broadway where the Standard Oil building still stands. He had several different locations for his used car lot, including 301 E. 1st St. His wife Dolly and all of his children worked with him at one time or another during his 50 years in the used car business. He enjoyed spending time with family taking cross-country trips around the US and Canada, while camping and RV-ing. Anyone who knew him would tell you that he was always there for them, quick with a smile, and a funny anecdote, or story. He also had a great love for animals, especially rescuing dogs, which they always had a pack of! He was also a past member of he Masonic Order. At his family's request, there will be no viewing. Celebration of Life, 1 p.m. Saturday, Mar. 18, 2017, in the Montgomery & Steward Chapel. In lieu of flowers, memorials may be made payable to Austin Richards, at Frontier Bank, 18 E. Spaulding Ave., Pueblo West, CO 81007. Full notice and online condolences, www.montgomerysteward.com