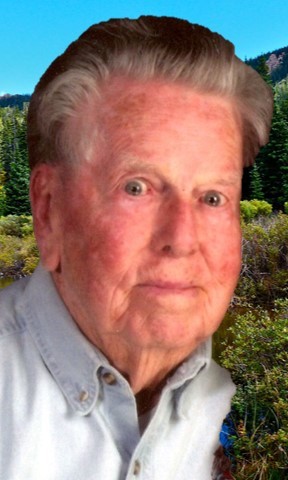 Robert Henry Rice 'Bob', of Pueblo, Colo., passed away peacefully on Sunday, August 7, 2016, he was 89 years old. Born to Henry & Eva Rice in Manchester, N.H., on January 29, 1927, he lived most of his life in Pueblo. Bob was preceded in death by his first wife of almost 50 years, Mickey; his son, Bruce; and his sister, Marge Eaton. Bob was a very successful businessman in Pueblo who began his education in a one room school house in Weare, N.H. He left school after his junior year to serve his country in the US Navy. He was involved in the invasion of Okinawa, and traveled to China, Korea, and Japan. Bob returned to Weare to complete high school and then went on to New England College and graduated from Hesser Business College. After marrying Mickey in 1948, they moved to Pueblo in 1951, where he worked for CF&I, Larson & Co. and John Bonforte before opening Rice Accounting in 1959. He was a business partner in SoCo Lumber and served on numerous boards and clubs including The Society of Public Accountants; Rocky Mountain Boy Scout Council; Pueblo Library District; Pueblo Country Club, PCC Foundation, PEDCO, and many other service organizations. After Mickey's death, Bob was remarried to Bonnie in 2000. Bob loved traveling with his friends and dancing with both Mickey and Bonnie. Bob is survived by his second wife, Bonnie (Castellucci); his sister, Ginny (Joe) Bigwood of Weare, N.H.; his children, Brad (Pam) Rice of Beulah Colo., Kathy (Bob) Root of Pueblo, Karen (Rich) Bartels of Monument, Colo., Brian Rice of Pueblo, Gina (John) Trujillo, Sandy Castellucci (Jeff Pheifer), Jim (Malinda) Castellucci, Mike (Marie) Castellucci; and a combined total of 18 grandchildren; 11 great grandchildren; as well as numerous relatives, friends and business relationships. Special thanks from the family to Vince, Shanna and Jessica for taking such good care of our Dad, Grandpa, and Husband. Memorial service, 10 a.m. Saturday, August 13th, in the Montgomery & Steward Chapel, 1317 N. Main St., in Pueblo. Private family burial. In lieu of flowers, memorial donations may be given to Sangre de Cristo Hospice & Palliative Care through Montgomery & Steward Funeral Directors, 1317 N. Main St., Pueblo, CO 81003. Online condolences, www.MontgomerySteward.com *****************************************************