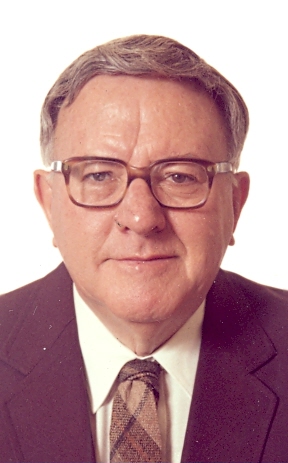 Richard T. 'Dick' Hobbs, 82, passed away peacefully in his sleep, with family at his side, on April 5, 2012, in Pueblo. Dick was born in Pueblo on Sept. 10, 1929, to Wilbur and Eleanor Hobbs. He grew up in Pueblo and was a 1947 graduate of Central High School. At an early age, he went to work for his father at Hobbs Linoleum, Tile and Carpet as an installer. After his father's death in 1959, Dick became the manager of Hobbs Linoleum, Tile and Carpet, alongside his three younger brothers. He had a host of good friends in the floor covering industry, as well as the construction field. He always put 'customer satisfaction' as his top priority in the business. He received numerous awards for his many achievements in the flooring industry, including one of three prizes with Congoleum for cutting a map of the USA using different colors of Congoleum vinyl in 1957. In 1991, he was voted businessman of the year in the flooring industry by manufacturers, reps and retailers in Colorado. He was also published in Who's Who 1994/95. Dick was a loving husband, father, brother and friend. He always had a big smile and kind word for everyone he met along the way. He will always be remembered with a smile for his practical jokes and fun-loving sense of humor. Dick enjoyed the great outdoors, hunting, fishing and camping in the Colorado mountains and as far away as Alaska. He and Ruth were blessed to have been on many wonderful trips together as far away as Italy, Ireland and Paris, to name a few. He was an animal lover of all shapes and sizes, especially his German short-hair pointer dog, 'Duchess.' He loved horses and often fondly remembered his own horse, 'Gypsy.' Dick was a member of Westminster Presbyterian Church of Pueblo and a past member of Pueblo Rotary 43, Elks Club and he was a PEDCO supporter for many years. Dick retired in 2005. Preceded in death by his parents, Wilbur and Eleanor; a brother, William Ray Hobbs; twin brothers, Calvin H. (Judy) Hobbs and Charles D. Hobbs; father-in-law, Henry Humphrey; brothers - and sisters-in-law, Owen (Leon) Humphrey and Jack (Margaret) Humphrey of Pueblo; nephew, Donald A. Hobbs of Pueblo; aunt and uncle, Patsy and Charles Johnson of Pueblo; special cousin, Barbara Kaapke of Arizona and her daughter, Carole. Survived by his best friend and loving wife of 61 years, Ruth A. Hobbs of Pueblo; sons, Richard R. 'Rick' Hobbs and David 'Dave' (Kathy) Hobbs; and daughter, Sherri (Doug Hunter) Easton, all of Pueblo; and sister-in-law, Carol Hobbs. He was the proud grandfather to, Melissa (Jeremy) Hobbs, Shannon (Tony) Waskosky, Michael 'Mike' (Aja) Easton and Travis Hobbs; and great-grandfather to, Ryan, Tristan and Jeremy, all of Pueblo. Also survived by numerous nieces and nephews. We will miss his presence greatly, but will cherish the fond memories we have of him forever in our hearts. Special thanks to the caring administration and staff of Lifecare Center of Pueblo and Sangre de Cristo Hospice. There will be no viewing. Cremation, Montgomery & Steward Crematorium. Memorial service, 1 p.m. Tuesday, April 10, 2012, Praise Assembly, 2000 Troy Ave., with Pastor Bobby J. Wilson officiating. In lieu of food and flowers, memorials may be made to PAWS or DreamCatchers Equine Rescue through Montgomery & Steward Funeral Directors, 1317 N. Main St., Pueblo, CO 81003. Online condolences, www.montgomerysteward.com