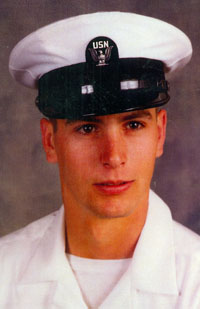 Richard M. Garver, Oct. 2, 1957, to Sept. 15, 2007. Richard's life was ended tragically in Denver, due to an auto accident. He is survived by his mother, Norma Harrison of Colorado Springs; his father and stepmother, Phil and Billie Garver of San Angelo, Texas; brother, Wayne Garver of Austin, Texas; stepsister, Michelle Wichser of Pueblo; stepbrother, Michael Graham of Pueblo; numerous aunts, uncles and cousins, including his special 'cuz' Lisa of Denver; his friends at Casa Vallarta; and numerous friends throughout his life. Richard loved life, lived it to the fullest and as close to the edge as possible. He was proud of his black and chrome motorcycle, enjoyed rides with his buddies and just hanging out and talking bikes. Richard was raised in Pueblo and attended Centennial High School and had resided in Colorado Springs for several years. Richard took his final ride on earth on Saturday morning and is now riding above us on his 'Victory' saying to one and all, 'Love like it is the last time---Live life like there is no tomorrow---And come sliding in at the finish line on your rear wheel with your handle bars high.' We miss you Richard and you are barely gone. Memorial service, 10 a.m. Saturday, Sept. 22, 2007, in the Montgomery & Steward Chapel. Online condolences, www.montgomerysteward.com