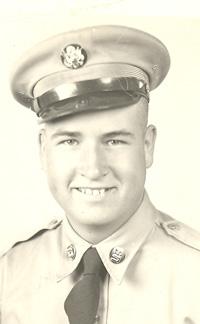 Richard 'Lee' Graham, 72, of Penrose, Colo. died from Alzheimer's on April 20, 2006, in Canon City, Colo. Survived by his wife, Kathleen Graham of the family home; children, Alan (Susan) Graham of Morton, Illinois and Steven (Julie) Graham of Aloha, Oregon; and grandchildren, Kirsten and Joshua Graham. Lee is also survived by the mother of his children, Diane Graham. Lee was born on January 20, 1934, in Selden, Kansas and adopted by Claude and Elva Graham. He joined the army where he became a cook and he enjoyed cooking his whole life. Lee received his B.A. and M.A. from the University of Northern Colorado in Greeley. He spend over 35 years in public education in Pueblo District #60 and Custer County Schools where he was a principal for the last nine of those years before retiring in 1994. Lee was a brilliant historian and an avid baseball fan. He played semi-pro baseball for the Denver Bears as a first-baseman. He was a life member of B.P.O. Elks #90, National Education Association and a member of Silver State Lodge #95 A.F. & A. M. At his request there will be no viewing or service. Cremation, Montgomery & Steward Crematorium. In lieu of food and flowers, those who desire may make memorials to the Sangre de Cristo Hospice of Cañon City through Montgomery & Steward Funeral Directors, 1317 N. Main St., Pueblo, Colo. 81003. Online condolences, www.montgomerysteward.com *****