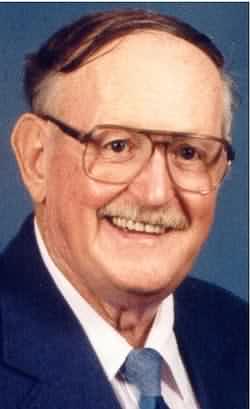 Ralph O. 'Red' Wing, 83, of Canon City, Colorado, passed away July 22, 2001, at Pueblo Life Care Center. Red attended grade school in Goldfield, Colorado and graduated from Victor High School. He lived in Victor, Colorado until 1962, except for a few years during World War II, while he worked in Denver for Continental Airways inspecting B29's. He worked as a butcher, assayer, and owned a liquor store. Red was a member and Past Exalted Ruler of the Victor Elks Club, Gold Camp Fishing Club and served as Victor City Councilman. In 1962, he moved to Boulder, Colorado and worked at Rocky Flats as a research engineer until he retired in 1982. After retirement Red spent many hours as a volunteer worker at the Sister Carmen Community Center and other Sacred Heart Church projects. In 1995 he moved to Canon City. Red is survived by his loving wife of 63 years, Mary Connor Wing; sons, Ralph (Brenda) Wing of Pueblo, Tom (Lynn) Wing and Marvin (Jacque) Wing, both of Longmont, Colorado; 8 grandchildren; 4 great-grandchildren; many nieces, nephews and a host of friends.Viewing and services will be held at Sacred Heart of Mary Church, 6739 S. Boulder Rd., in Boulder. Visitation will be Thursday from 6-9 p.m. and Friday from 10-11 a.m. The Rosary will be at 8 p.m. on Thursday and Funeral Mass at 11 a.m. on Friday, July 27, 2001. Interment will be at the church cemetery with a reception to follow. Donations may be made to Sister Carmen Community Center, 307 E. Simpson, Lafayette, Colorado 80026.