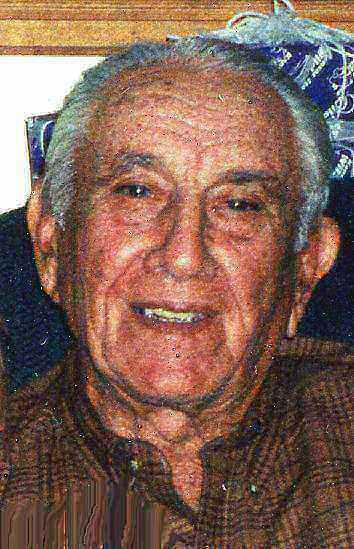 Ralph Dominic Montera was born August 11, 1915, to parents Philip & Josephine Montera, and fulfilled his life on July 21, 2011. Ralph was a native to Pueblo, where he not only grew up, but where he successfully raised his family. As a boy Ralph grew to love the outdoors, while faithfully working on his grandfather's farm. Ralph was a proud graduate of Pueblo Central High School. Ralph spent the majority of his life in Pueblo, except for the few years he spent away from his hometown as he faithfully served his country in the US Army as a veteran of WWII. Ralph soon returned to Pueblo where he owned and operated Ralph's Neon & Electric for 16 years, until he retired in 1980 and passed the business down to his son, Charlie Montera, who continues to own and operate the family business. Ralph lived a very active life, especially in his latter years that was full of fishing, hunting, farming, family and friends. It was not uncommon to find Ralph either in his garden pulling weeds , fishing at Runyan Lake, visiting friends at Joe Tomato's, or selling produce at the farmer's market. Ralph was also constantly on the go as an active Member of IBEW Local #12 for 70 years, Charter Member of Sons of Italy of Pueblo, and Charter Member of Sons of Italy of Canon City (where he was the oldest living Member of all three groups). One of Ralph's greatest joys was going to Taylor Reservoir while fishing and just spending time with all of his family together. Ralph's greatest love was truly his family and his friends. Ralph will always be remembered by his family as a devoted and loving family man. Ralph is preceded in death by his wife, Nettie Montera; daughter, Margaret 'Margie' Weisshaar; and sister, Catherine Shew. Ralph is survived by brothers, Pete (Rose) Montera and Carlo Montera; children Lucille (Larry) Haag, Edward Weisshaar, Phillip (Anne) Montera, Charlie (Terry) Montera, and Susan (Scott) Coleman. Ralph also had 18 grandchildren, 17 great-grandchildren, and 1 great-great grandchild. A rosary service will be held 7 p.m. Wednesday, July 27, 2011, and a Funeral Mass will be held 10 a.m. Thursday, July 28, 2011, with Father Ben Bacino as celebrant and Rev. Jayme Montera officiating. Both services at St. Mary's Catholic Parish, 217 E. Mesa Ave. Military honors by Pueblo Veterans Ritual Team and burial will follow at Roselawn Cemetery. The family respectfully requests that no flowers or food be sent and all donations be made to Sons of Italy Lodge #2738 or Sangre de Cristo Hospice, c/o Montgomery & Steward Funeral Directors, 1317 N. Main St., Pueblo, CO 81003. The family would like to say a special thank you to Chris Benfatti, Sangre de Cristo Hospice - (especially) Betty, Mary, Cyndra, and Dottie for your kindness and love, but especially Terry Montera who for the last three and a half years has displayed selfless devotion to the care of our father and grandfather. Thank you for your unconditional love! Online condolences, MontgomerySteward.com