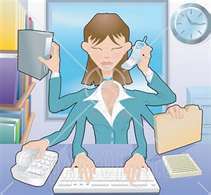 Phyllis (Boyden) Baxter, 87, passed away January 21, 2014, at home. Friends and family were with her. Phyllis, was born to Sam and Nova Boyden in Delta, Colo. She moved to Pueblo in 1962 with her husband, Dave Baxter. Dave and Phyllis were very active with Al Kaly Mule Train and traveled extensively. Phyllis was a longtime member of the Pueblo Optimists club. Phyllis was educated in accounting and spent the majority of her time in Pueblo serving as the payroll supervisor at School District 60 from which she retired. She then developed and enjoyed a successful career with VALIC Investments. Survived by her husband, Dave; her brother, John Boyden; and her stepson, Davie Baxter. She is survived by two sons, John Charles Hallock (Sherry Baumgart) of Tucson, Ariz. and James Hallock (Linda) of Loveland, Colo.; two stepdaughters, Charla Colson of Denver, Colo. and Pat Felder (Paul) of Delta, Colo. and a daughter-in-law, Debbie Baxter of Liberty, Kan. She is also survived by ten grandchildren and 13 great grandchildren. We appreciate the wonderful and loving care Leticia Escalante and her niece, Ann Boyden, provided Phyllis. We also want to recognize Cheryl Hindsley and Sandra Bradley for treating Phyllis like family and helping her in so many ways. Frontier Hospice (4718 N. Elizabeth St. Suite A, Pueblo, CO 81008) provided exceptional care to which we encourage contributions for those wishing to recognize Phyllis' life. Phyllis will join her husband in Lamar in their final resting place. A celebration of life is planned for March for which details will be provided at a later date. Online condolences, www.montgomerysteward.com