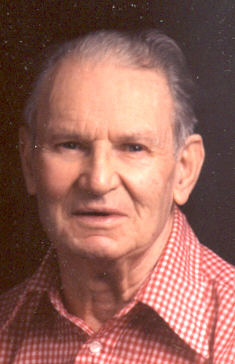 Preston James Wallace, 83, born near Florence, Colorado in the Newlin Creek area August 17, 1919, passed away November 26, 2002. Preceded in death by his father, Eber Wallace in 1921; his mother, Ethel Wallace in 1966; and his brother, Thomas Wallace in 1977. He is survived by his wife of 49 years, Helen Wallace; son, Preston James Wallace, Jr.; nieces, Terry Westland, Jane Geiger, and Lynn Nelson; and nephew, Mark Wallace. Preston was owner and manager of the Fountain Foundry, Inc. from 1956 through 1993 along with his wife, Helen, where they worked together for 37 years. Preston spent 40 years as a boy scout leader, having served as Scout Master of Troop 2 at Bethel Methodist Church, where he was affectionately given the nickname of 'Pif'. He served as Cub Master, Scout Master, Explorer Post Leader, and Advisor to the Order of the Arrow. He received the Silver Beaver award for distinguished service to youth. He helped to select the site of southern Colorado's Boy Scout Camp. Preston was proud of his service in the Army Air Corp during WWII. He was a bombardier with a rank of First Lieutenant and then a Captain in the Air Force Reserve. For many years, Preston was an active member of Bethel United Methodist Church. While there, he helped organize the Fellowship Sunday School Class, served for several years as Sunday School Superintendent, was lay leader, and did much to serve the youth of the church. In more recent years, he was a member of the First United Methodist Church where he served on the board of trustees and the committee on social services. He will lie in state at the funeral home Sunday from 10 a.m. until 5 p.m. and 8:30 until noon on Monday. Funeral Service will be held 2:00 p.m. Monday, December 2, 2002, in the Montgomery & Steward Chapel with the Reverend Dr. Rick Calhoun officiating. Entombment will follow in the Mountain View Chapel Mausoleum at Mountain View Cemetery.