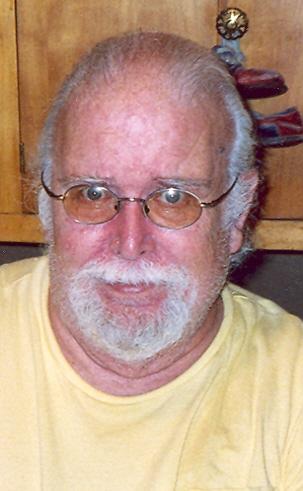 Peter Leslie Strubel departed life on Aug. 18, 2007, at the age of 67. He was born to Preston and Dorothy Strubel in Greeley, Colorado. Peter was preceded in death by both parents and his eldest daughter, Betsie Strubel Guntheroth. Surviving him are his wife of 39 years, Phyllis Strubel; his sister, Louise Strubel; his son, Barry (Denise) Strubel; his daughter, Susan (Abraham) Strubel Egley; and his son-in-law, Harry Guntheroth and Willadean Guntheroth. Six grandchildren; a niece and two nephews, as well as several great nieces and a great nephew, also survive him. He was blessed with several friends who survive him as well as his faithful dog, Lodie Mae. His Master's degree in Social Work allowed him to provide many years of service to Pueblo and the surrounding communities. Photography and enjoying the company of his friends were his passions. In lieu of food or flowers, donations can be made in his name to Sangre de Cristo Hospice or the Pueblo Animal Shelter, through the funeral home. Peter was a member of Central Christian Church, 1902 N. Hudson, where a memorial will be held to celebrate his life, 2 p.m. Friday, Sept. 21, 2007, with the Reverend Dr. David Chambers officiating. Online condolences, MontgomerySteward.com