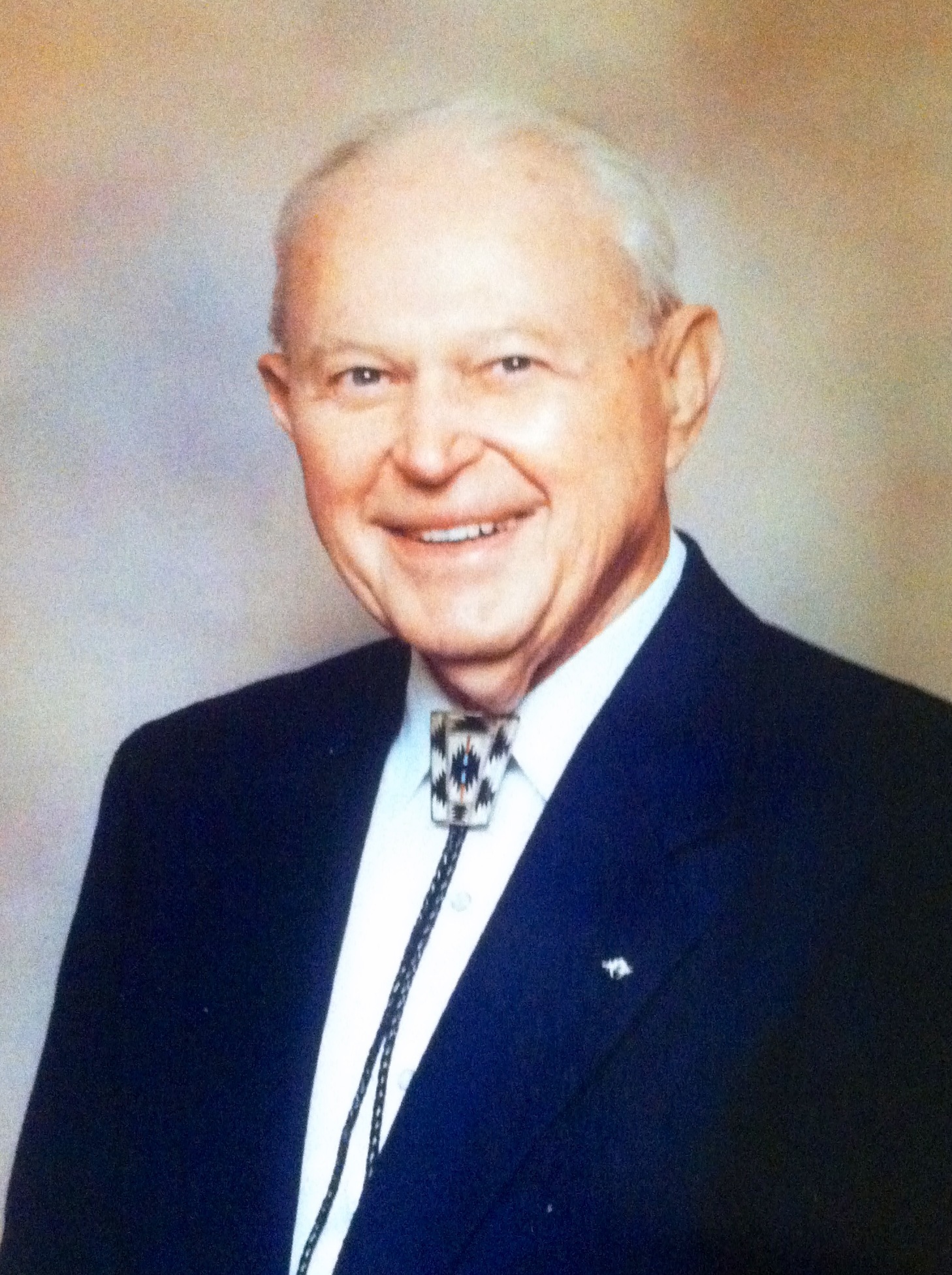 Paul Raymond Samuelson, Jr., 87, passed away peacefully on Feb. 6, 2014. He was born in Las Animas, Colo., in June 1926, to Dr. Paul R. Samuelson, Sr. and Leoma Behee Samuelson. He attended Columbian School and Bent County High School. After graduation, he and four friends joined the U.S. Navy in 1944. After training in Idaho, he was stationed on LST 221 in the South Pacific, where he was a radioman. Paul was honorably discharged in June 1946 and started Colorado A&M in Ft. Collins that Fall, where he belonged to the Phi Kappa Tau Fraternity. It was at A&M Paul met his wife, the former Donna Lee Bristol. After he graduated from University of Denver, they were married in Ft. Collins on March 17, 1951. He had a 25 year career as an Industrial/Manufacturing Engineer, moving from Denver and Ft. Collins to Phoenix, Ariz., Brigham City Utah and Portsmouth, R.I. He and Donna moved to Albuquerque and owned a Western Auto Store for a few years, and then went on the road as Manufacturer's Representatives for 19 years, traveling through the Southwest for various leather companies. Preceded in death by his parents and sister, Beth Samuelson Henderson. Survived by his wife, Donna and two sons, Gary (Kathleen) Samuelson of Brainard, Neb. and Kirk (Rebecca) Samuelson of Westcliffe., Colo.; four grandchildren and one great-grandchild. Paul was a dedicated Mason and Shriner wherever he lived. They moved to Pueblo West in 2000 and to the Primrose Retirement Center recently. A memorial service will be held 2 p.m. Saturday, February 15, 2014, at the Ecumenical Church of Pueblo West, 434 S. Conquistador Ave., where Paul was a member. The service will conclude with military honors. Interment in Fort Collins, Colo., at a later date. Memorials may be made to Shriners Children's Hospital through Montgomery & Steward Funeral Directors, 1317 N. Main St., Pueblo, CO 81003. Online condolences, www.montgomerysteward.com