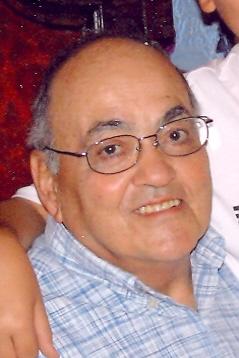 Paul R. Cozzetta, 80, born October 18, 1926, in Pueblo, Colorado, to August and Josephine Cozzetta, entered eternal life July 7, 2007, surrounded by his family. His parents; brother, Donald; sister Mary; and mother and father-in-law, Minnie and Dominick Genova preceded him in death. He leaves behind to love and cherish his memory, his wife of 60 years, Betty; his sons, Paul (Pam), Richard (Diana) and Michael (Sue); his daughter, MinDee; and five grandchildren: Jennifer Cozzetta, Tony Smallo, Talia and Domenic Cozzetta and Richie Cozzetta. Also survived by his sisters-in-law, Clara Hurd, Virginia Herrald and Joni Cozzetta; numerous nieces, nephews, cousins, and his best friend, Don 'Shotgun' Hansen. Paul retired from the C.F. & I. Steel Corporation after 35 years of dedicated service as a roll turner. He then owned and operated Bonny Hy-Land Liquor. His greatest joys were watching his children grow and succeed, and later, his grandchildren were the sparks that kept him going. Paul will be remembered for his sense of humor, his love of family and how he was always up for an adventure. He was a member of Christ the King Church, St. Joseph's Lodge and Knights of Columbus. The family wishes to thank the doctors, nurses and Father Michael DeSciose for their love, care and concern for Paul. There will be no viewing. Cremation, Montgomery & Steward Crematorium. Memorial Mass, 11:30 a.m. Wednesday, July 11, 2007, at Christ The King Church, 1708 Horseshoe, with the Very Reverend Father Thomas M. Adrians, V.G. and Father Michael DeSciose as concelebrants. Those who desire, may make memorials to the Leukemia Foundation through Montgomery & Steward Funeral Directors, 1317 N. Main St., Pueblo, Colo. 81003. Online condolences, MontgomerySteward.com