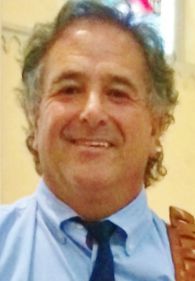 Paul L. Salinas 56, was greeted by our Lord and Savior, August 8, 2015. Survived by his children, Annika, Nichail, Kira, Joshua and Elijah, whom were his world, along with his former wife Shelly; father, Pablo; and siblings, Philip, Elvira, David, Gerald and Joel. Preceded in death by his unborn child; mother, Viola; and brother, Mark. Paul was born on August 21, 1958. He lived his early years on the East Side, and graduated from East High School. His first job was working at Loaf N' Jug where he worked his way up to a manager. The management roles continued for much of his life, as he managed County Market and then eventually started working at the C&W Railway. Years later, he opened his own business, Advanced Tech, which he owned and operated for many years. While he enjoyed these roles, his favorite was being a dad and a musician. Paul enjoyed playing at different venues and events, performing his own songs and being in front of an audience. He had big dreams for his band Pabs Zanwhe; recording his own CD was a highlight in his life and a great gift for his family and friends to jam to. For the past several years, he focused heavily on his music career, playing at open mics around town and learning the latest 'hip' songs. Paul was a believer in Christ, and his Catholic faith; even considering Priesthood at one point. He never doubted God's plan and was not afraid to join the angels in heaven. Rather than mourn his loss, we ask that you join us in celebrating his life. The Rosary will be held on Friday, August 14th at 7:00 PM, and the Mass will be on Saturday at 10:00am. Both services will be held at St. Paul the Apostle, 1132 W. Oro Grande Drive, Pueblo West, CO 81007. In lieu of gifts, we ask that any monetary donations be made to his family to honor his music legacy at St. Paul the Apostle. Friends and family will be received at 6 Arrowsmith Dr. Pueblo, CO 81008.