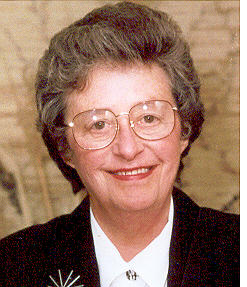 Patricia W. 'Pat' Robb, 77, of Rye, Colorado passed away on July 23, 2009. Born September 26, 1931, she attended South High School in Denver; the University of Colorado (B.A.); she was a pioneer while attending Georgetown Law School and where she also participated in a yearlong research project in Munich, Germany. She completed her law school training at the University of Denver College of Law (LLB). Patricia Robb was a prominent Colorado lawyer for 50 years. She served as: Deputy District Attorney in the Denver District Attorney's Office; Attorney in the Pueblo District Attorney's Office; and Assistant Attorney General in the Appellate Division and in the Office of the Attorney General in Pueblo. Mrs. Robb represented the State Hospital, State Penitentiary and Colorado State Fair while with the Attorney General's Office and she appeared and argued cases before the Colorado Supreme Court during that tenure. She also served as a member of the Colorado Supreme Court's Appellate Discipline Commission and was a Vice Chairperson of the Colorado Supreme Court's Grievance Committee. Pat Robb was a longtime member of the American Bar Association, Colorado Bar Association, the Denver Bar Association, and the Pueblo County Bar Association (PCBA) and served as: PCBA President; a member of the PCBA Ethics and Unlawful Practices Committee, and she received an award for meritorious service from the PCBA. She is survived by her husband and loving partner, Richard D. Robb. She passed away while with him in the mountain home she loved. Patricia Robb is also survived by children, Janet (Tim) Murphy of Ferndale, Wash., JoAnne (Robert) Purkey of Pueblo, Steele (Sue) Wotkyns of Flagstaff, Ariz., and many fine grandchildren, and special friends. At her request, there will be no viewing. Cremation, Montgomery & Steward Crematorium. A memorial service will be held at 10 a.m. Tuesday, July 29, 2009, in the Montgomery & Steward Chapel. Memorials on Patricia Robb's behalf can be made to the University of Denver College of Law, Scholarship Program, through Montgomery & Steward Funeral Directors, 1317 N. Main St., Pueblo, Colo. 81003. Online condolences: www.montgomerysteward.com