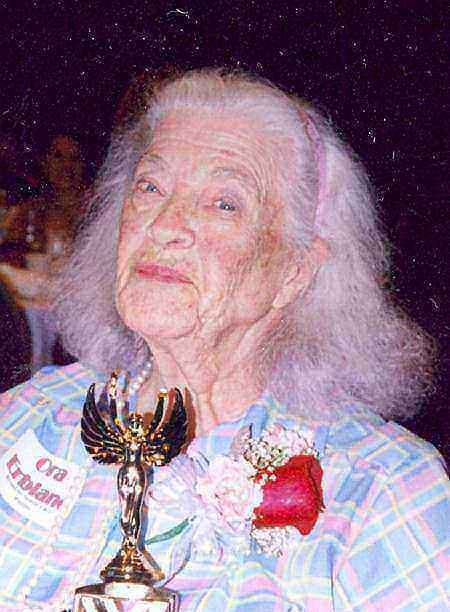 Ora Erbland, 85, went to be with her Lord and Savior on Feb. 18, 2010. Ora is survived by her daughters, April (Paul) Scott of Pueblo and Deborah (Ed) Nielsen of Ogden, Utah; six grandchildren, Brian Moss, Brandon Moss, Jarrod Moss, Tyler Moss, Amber Edwards and Ashlee Rasmussen; 14 great-grandchildren; and sister, Grace Waters of Covington, Ky. Ora was born on Sept. 25, 1924, the youngest child of Louis and Ada Coffey. She worked all her life and raised both her daughters as a single parent in an amazing manner. Always the lady, her daughters always came first. In Ogden, Utah she worked at Stimson's Garden Center for over 25 years. Ora worked until she was 79. Ora came to live in Pueblo with April and Paul (whom she loved like one of her own) in 2006; and we are SO thankful. One of her proudest moments was in 2007 when she was a Silver Queen finalist for the Colorado State Fair. Ora loved, and was loved by many - specifically, her dear friend Lenae Aragon. For such a tiny person; she will leave a very big hole in so many hearts!! Special thanks to the folks at University Park Care Center for taking care of our mom during her final difficult months. Per her wishes, cremation, Montgomery & Steward Crematorium, with no services to follow. Online condolences, MontgomerySteward.com