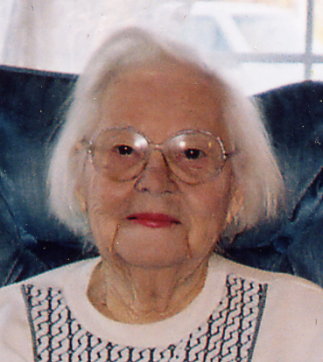 Nyla Black Schultz, age 95, passed away on November 5, 2005, after a brief illness. She was born in Peru, Kansas on March 15, 1910, to Roy Jeffrey and Clara (Henson) Black. She married Henry J. Schultz July 11, 1931. He preceded her in death in 1980. Two sisters, Lois LeMaster of Phoenix, Arizona and Isabel Palmer of Coffeyville, Kansas also preceded her in death. She is survived by two sons, Dr. R.J. Black (Nora) Schultz of Pueblo and Dr. John E. (Mary Jane) Schultz of Fulton, Missouri. Other survivors include her six grandchildren, Dr. R.J. (Janice) Schultz and Bruce Schultz, of Pueblo, Karl (Stephanie) Schultz of Nashville, Tennessee, Johnny (Debbie) Schultz, of Bloomington, Illinois, Betsy (Steve) Humphreys and Margaret (Bill) Beggs of St. Louis, Missouri. Her eight great-grandchildren are: Elizabeth and Emily Schultz, Katherine and Sarah Humphreys, Henry and Olivia Beggs and Bowen and Connor Schultz. One niece, Roya (Glenn) Bowlus of Phoenix, Arizona and one nephew, Jim (Wanda) Palmer of Naples, Florida also survive her. Nyla had been living with her son, Dr. R.J. Black Schultz, in Pueblo, since May 2005. She previously lived in Fulton, Missouri for six years, and before that in Coffeeville, Kansas, Lakeland, Florida, Callaway County, Missouri, Valley Falls, Kansas and Nowata, Oklahoma. She was an avid book reader and had a wonderful sense of adventure. When she was in her early twenties, she drove cross-country with her mother and best friend from Nowata, Oklahoma to southern California to see the ocean and visit relatives when roads barely existed. It was a thrill she remembered her entire lifetime. She enrolled at the University of Kansas Medical School to pursue a nursing degree. She was one of the first graduates of their Practical Nursing Program. With her L.P .N. degree, she worked at the Ellis Fischell Cancer Research Hospital in Columbia, Missouri and after moving to Florida with her husband Henry, a former school teacher, coach and farmer, she was employed at the Lakeland Memorial Hospital for a number of years. After retiring, they returned to Coffeyville, Kansas. Viewing, Monday from noon to 6 p.m. and Tuesday 9 a.m. until service time. Funeral service will be held 2 p.m. Tuesday, Nov. 8, 2005, at the Montgomery & Steward Chapel with the Rev. Dr. David Chambers officiating. Online condolences, www.montgomerysteward.com