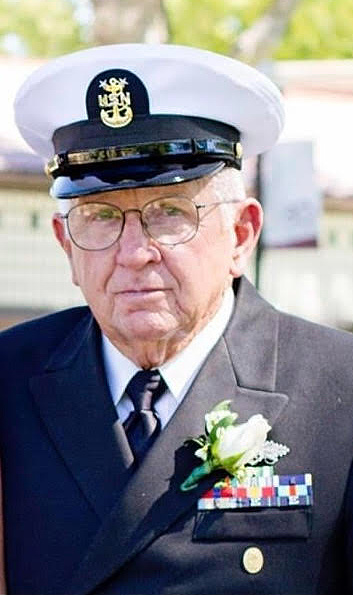 Norman Edward Imblum “Stormin Norman” was born August 6, 1942 in Allegheny, PA to the union of Norman Conrad and Bernadette (Rausch) Imblum. He passed away November 29, 2021 in Avondale, CO. He was preceded in death by his parents, step daughter Audryanna Cosby and numerous other family and friends. He is survived by his wife Lila. Children and step children: Sharon Robinson, Norman Imblum II (Janet), Shawn Imblum, Tammy Nordyke (Ben), and James Cosby (Rose). Grandchildren: Krysta Stickler (Derek), Casey Lohrmeyer (Jay), Ronny Jameson II (Amanda Brewer), Trevor Jameson (Jaymie Masters), Dylan Robinson (Taybor), Chloe Brooks (Nick Fuller) and Chelsey Cosby. Great grandchildren: Hartlee, Rigley and Andi Stickler, Kaleb Lohrmeyer, Karsyn and Kynzli Jameson, Paisley and Macey Robinson, and Scott and Paisley Fuller. Sister Elaine Arnott and other family and friends.
He served in the Army from July 1960 to July 1963. He later joined the Naval Reserve and retired as Master Chief. Norman was a man of many talents. He could build you about anything, get your car running and do some body work on it as well. He worked a variety of jobs while getting his construction company going. He was a jeweler at Crews-Beggs Department Store, a computer operator for CF&I, repossessed cars and a general contractor. In his younger years he raced circle track at Beacon Hill Speedway, flew airplanes, mined for gold, hunted, fished, camped, traveled the world, and golfed. He also fell off countless roofs. Norm never met a stranger. Norm was always there to listen and give advice. He would help whoever needed it and give second chances sometimes more than he should have. He would also challenge you with a witty joke or two.
Viewing, December 9 from 4 to 6 pm. Service, December 10, 11 am both will be at Montgomery & Steward Funeral Directors, 1317 N Main St, Pueblo, CO
Graveside immediately following at Roselawn Cemetery.
Family welcomes friends to a reception following the graveside at Fr. Charles J. Murray Parish Hall at St. Joseph’s Church, 1145 S. Aspen Road, Pueblo, CO 81006
In lieu of flowers, donations can be made to your favorite charity in Norman’s memory.