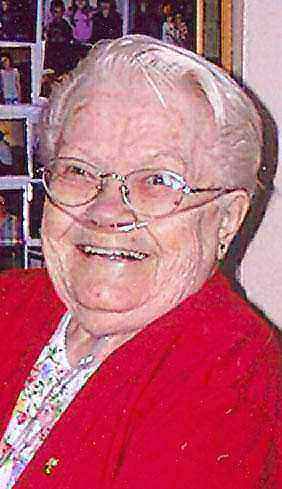 Norma Claire (Glessner) Walker, 86. Norma 'Nonnie' left behind her bad legs, lungs and oxygen tank for a better life on Aug. 24, 2010. Nonnie and her twin sister, Roberta, were born on April 20, 1924, on Easter Sunday, to Hy and Lois Glessner, in Bemidji, Minnesota. She is preceded in death by her parents; twin sister; brother, John; and grandson, David Bos. Left to mourn and celebrate her new freedom are her daughters, Barbara 'Bos' (Rex) Kohl of Pueblo West and Deborah (Conrad) Schiebout of New Hampshire; sister, Judy Shepard and friend, Bob of Michigan; special sister-in-law, Beverly and husband James Ulness. Nonnie leaves behind grandchildren, Steven (Tammy) Bos, Angela (Dave) Whitlock, Ryan (Emily) Schiebout, Shaun Kohl, Kelly(Sheri) Kohl; along with 11 great-grandchildren; and seven nieces and nephews. Nonnie grew up in Minnesota, attended a nursing school at the University of Minnesota, joined the US Marine Corps during WWII and after discharge became a TWA stewardess. In 1956, she and her girls moved to North Dakota and Iowa where Nonnie was a bank teller, bookkeeper and ward clerk until her retirement. In 1988, she moved to Pueblo to be near her daughter. She volunteered for VOCO, SAC, Transportation committee, SET and in the Veterans service office. Nonnie was diagnosed with COPD in 1990, and was recognized by her oxygen tank which she always decorated for the season or holiday. When she needed a walker, she always had a seasonal beanie baby animal sitting on the seat of her cart a 'co-pilot!' Because of Citilift, she could eat and socialize at her favorite places. She will be missed by many. Cremation, Montgomery & Steward Crematorium. Military honors by Pueblo Veterans' Ritual Team at 2:30 p.m. Saturday, Aug. 28, 2010, at Montgomery & Steward Funeral Directors followed by an informal celebration of Nonnie's life. In lieu of food and flowers, memorials may be made to Pueblo Small Animal Clinic or PAWS through Montgomery & Steward Funeral Directors, 1317 N. Main St., Pueblo, CO 81003. Online condolences, www.montgomerysteward.com