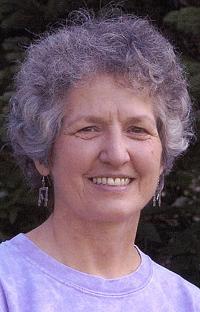 Nancy Tempest Aldrich, 65, passed away October 2, 2004, in Pueblo, Colorado. Survived by her husband, Richard C. Aldrich; children, Kelsey Aldrich and Craig Aldrich, both of Talkeetna, Alaska, and Stephen Aldrich, of Winona, Minnesota; brother, Robert Tempest of Berea, Ohio; sister, Mary Lou Moore of Oil City, Pennsylvania; and six nieces and nephews. Preceded in death by her parents, Earl and Mary Jane Tempest. Nancy was born February 26, 1939, in Marienville, Pennsylvania, and was a Licensed Clinical Psychologist in Pueblo. Member of Ascension Episcopal Church, P.E.O , Chapter BT, and was one of the founding members of Daughters of the King. She was loved for her energy, kindness and compassion. Her faith in God and belief in people inspire us all. Her steadfast love and boundless strength will be sorely missed, yet still felt. There will be no viewing. Cremation, Montgomery & Steward Crematorium. Memorial Service will be held 11a.m. Thursday, October 7, 2004, at Ascension Episcopal Church, 18th and Grand, with the Revs. Ephraim Radner and Annette Brownlee officiating. Her ashes will be interred in the Ascension Church Columbarium. The family respectfully requests the omission of food. Memorials may be made to Ascension Episcopal Church or a charity of choice, in care of Montgomery & Steward Funeral Directors, 1317 N. Main St., Pueblo, CO 81003. Online condolences, www.montgomerysteward.com