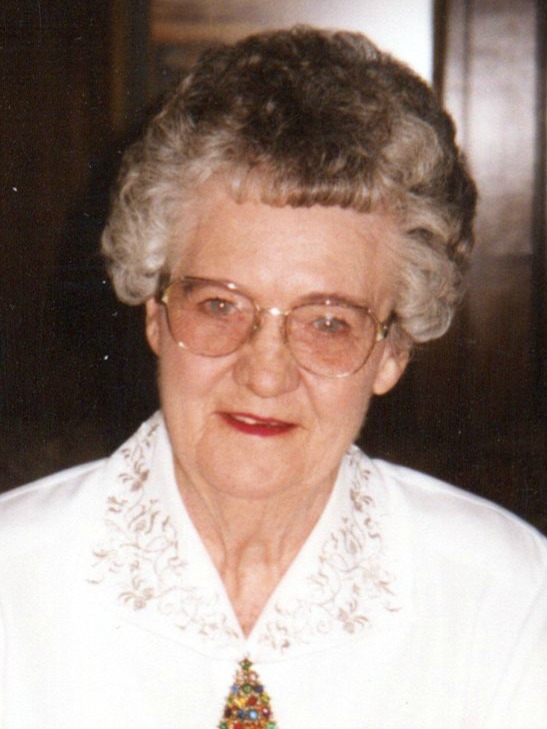 Mildred Joan Mellum, 92, of Pueblo West, passed away March 18, 2014. Millie's parents, Eric and Anna Wing, came from Norway and eventually settled in Northfield, Minnesota. Their livelihood revolved around a small, turn of the century grocery store and they were employed at St. Olaf College. Millie was raised with two sisters, Ellen and Talyda. She also had six brothers, Julian, Joel, Earl, Wyman, Lyle and Gene. Millie became a receptionist for the Northfield-Minneapolis telephone company where she met and married Burt Mellum, who was a manager for the same company. Burt's management promotions relocated their family to Sleepy Eye, Minnesota. Eventually, Millie owned a small book store and continued to work for the phone company. She seldom sat still, as she worked tirelessly on many community and church activities, of which she was president, leader, and organizer. Among her many God given talents was her lovely soprano voice that blessed the church choir. Millie and Burt shared the same passion for traveling. This took them on numerous adventures, to include three trips all through Europe, plus Mexico, Canada, and Greece. They explored nearly every state in the United States. With all this global knowledge they chose Colorado to be their retirement homestead, Pueblo West to be exact. A choice they never regretted. Millie and Burt remained committed to various community and church activities. Millie was the recipient of he prestigious 'Reach to Recovery Teresa Lasser Award' of the American Cancer Society. This national recognition came from the Colorado Division, which emphasized her abilities as a devoted, lively, good-hearted, compassionate and knowledgeable volunteer. Their son, Bob, and daughter-in-law, Marie live in Minnesota. Their daughter, Vickie, and son-in-law, Jerry, live in Texas, along with their granddaughter, Jami, her husband, Mike, and their great-grandson, Austen. To this day, and always, we will hear her singing with the angels in God's holy choir. Cremation, Montgomery & Steward Crematorium. Memorial service, 11 a.m. today, Ecumenical Church of Pueblo West, 434 S. Conquistador Ave.